The Collection Find their Zen in a Beautiful Life 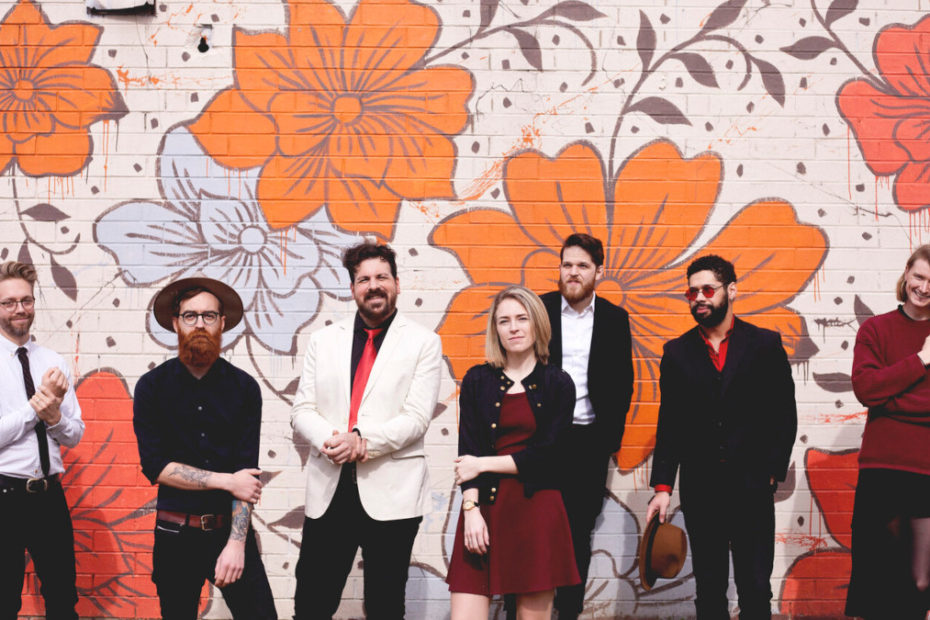 The Collection is a seven piece group of musicians originating from various points across North Carolina. Under the creative direction of their leader, singer and songwriter David Wimbish they’ve been creating their own brand of smart and soulful Adult Alternative since their debut 2014 album “Ars Moriendi.” Along the way they have found nationwide recognition and connected with millions of fans. But it hasn’t always been an easy road.

Through a series of interpersonal issues, which included the divorce of two married band members, the group basically fell apart in the space between the completion of their 2017 album “Listen to the River” and the recording of the appropriately titled, “Entropy.” While writing and recording that album Wimbish assembled a whole new collection of collaborators.

It worked. The album spawned a hit single, “Beautiful Life” which to date has over 2.6 million spins on Spotify. And despite the chaotic inner workings of the band’s lineup over the years, they have enjoyed a string of high profile gigs and media exposure. From huge shows at CMJ and NMS to a 2019 NPR Music Top Self Judges Pick, The Collection’s intensely human music has connected with humans across the globe.

The band’s sound is a lush tapestry of acoustic and electric instruments, incorporating strings, horns and occasional synths. The group weaves its Southern roots into a vibe that shares common ground with artists as wide ranging as Ray LaMontagne, Coldplay and the Lumineers. The literal and figurative heart of The Collection is Wimbish with his deeply spiritual narrative and an authentically organic and soulful vocal style.

As is the case with us all, The Collection have found themselves housebound in 2020. However, that has not halted the creative process. They’ve taken to the studio once again. On October 23, 2020 they released “Beautiful Life (Acoustic)” to all major streaming services. The track is a beautifully intimate reinvention of their 2018 hit, recorded at Glenwood Studios in Saxapahaw, NC to celebrate the 2nd anniversary of “Entropy.”

Our shows are usually wild and dance-y, which we absolutely love, but we always revel in an opportunity to bring out the softer side of the band

“Beautiful Life (Acoustic)” is centered around an understated, finger-picked acoustic guitar accompanied by an even more economical piano. A small string section floats in the periphery, creating a beautiful atmosphere. Meanwhile, backed by the soft and subtle vocals of Sarah McCoy, David sings a mellow and meditative Zen-like appreciation of the here and now. The result is a deeply personal yet universally relatable antidote to a world gone mad.

Check out “Beautiful Life (Acoustic)” on the Deep Indie Dive playlist. And follow the links below to connect with The Collection. Dive deeply into their rich catalogue and get in the loop on all their plans for the future. The band is currently hard at work on their next album, due in early 2021.

The Collection on the Deep Indie Dive playlist