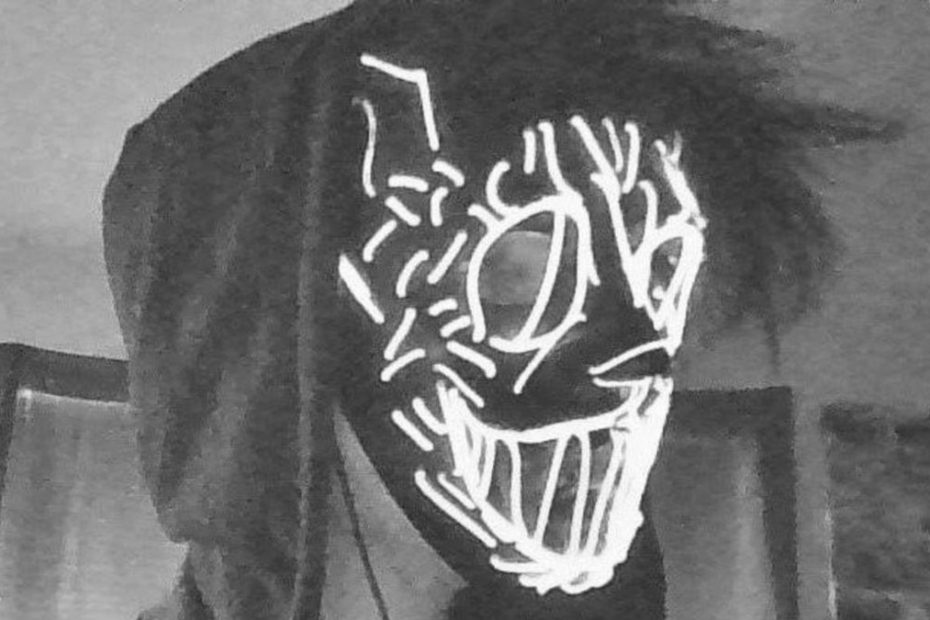 ShatterTech is the professional name of musician and producer Josh Little. Recently, The Static Dive had the opportunity to sit down (virtually) with Josh to talk about life, music and his new single, “Want Me.”

The Static Dive: Who are you and what do you do?

Josh Little: My name is Josh and I make Electronic Dance Music under the alias “ShatterTech”.

SD: Where are you from?

JL: I grew up in Pocatello, Idaho, and have lived here for my whole life, 25 years.

JL: I began creating music when I was 14 with a Playstation game called Magix Music Maker where you’d sort of arrange pre-made beats into compositions.

SD: Why do you do what you do?

JL: I’ve always had a passion for music and especially enjoyed movie soundtracks and the way that they made me feel. I’ve always felt like telling a story with a song is just as important as any other medium of art, and if I can tell stories, I can help people escape.

SD: How do you work?

JL: I use a DAW (Digital Audio Workstation) called Reaper. It’s very user friendly and has a nice interface that keeps things in order for me so that I can keep my workflow simple and keep track of my files and my FX chains.

JL: I’d have to say that my greatest non-musical influence is my brother. He’s always been driven and basically makes the impossible happen by achieving every one of his goals that he sets out and he’s very dedicated to his projects, so in that way, he inspires me constantly.

SD: Explain the new ShatterTech song “Want Me” in 100 words

JL: “Want Me” is a song from my upcoming EP called “Artificial”. I’ve always loved Cyberpunk movies and culture like Ghost in The Shell and I wanted to write an EP that really dives into that culture and that scene. Want Me is more or less about a sex worker that lives in this cyber metropolis and seduces evil men and kills them when they’re vulnerable. A sort of Anti-Hero. I wanted to balance the pretty parts in the song with the heavy drops to sort of show that this woman is pleasant and beautiful, but has much darker motives.

SD: What artist(s) do you most identify with?

JL: Artists I identify with is hard to pinpoint as I have several that I look to for inspiration. If I had to pick one in particular, it would have to be EDEN. That guy puts out so much emotional music and it comes from a deep place. That’s where I want to be.

SD: What’s your strongest memory of your childhood?

JL: My strongest childhood memory would definitely be my first concert I went to as a kid. I think I was 14, and I went to see Sick Puppies (A rock band) live and it was my first concert. The stage production and the lights and the energy just blew me away and that was one of the formative moments I had where I decided I wanted to do music.

SD: What themes do you pursue in ShatterTech?

JL: I’ve always tried to make music that doesn’t always need vocals to convey a message, even if it’s something heavy and driving, I feel like a lack of words can say more than actual words can sometimes if that makes sense. I like making Electronic Music that’s got the sort of “movie soundtrack” layout. Lots of highs and lows and tense moments.

JL: I had a rough childhood so I had a lot of scary moments! But my scariest would be when I had a heat stroke. Lesson learned, when you’re sick with a high fever, don’t go outside in 100 degrees and play all day.

JL: My all time favorite song is White Washed by the metal band August Burns Red. That song (at least what I interpret) is about struggling with keeping your sense of self in a toxic relationship and sort of looking back on the parts that you resent, but in a way, taking something from it and becoming stronger for it.

SD: Describe a real-life situation that inspired you.

JL: I’d have to say my most inspiring moment(s) was the birth of my children. They both give me the motivation to achieve my dreams so that one day they can be proud of me.

SD: What’s your most embarrassing moment?

JL: My most embarrassing moment was playing an entire show with my fly down. Whoops!

SD: What jobs have you done other than being a musician?

JL: I’ve worked a lot of jobs around town. I’ve done retail work and food work mostly. I’m currently working as a line cook at a really nice restaurant and I love the people and the environment there.

SD: What memorable responses have you had to your work?

JL: In terms of my music, I once played a sold out show and opened for the musician and DJ Apashe, and man, that show was amazing. There were people sitting on each other’s shoulders and moshing to my tunes. That’s what I love the most about making music, is being able to connect with people. In terms of my work work life, just seeing satisfied faces when I make good food.

JL: My favorite food is Mexican food. Hands down, bar none. I could survive purely off tacos and burritos.

SD: Do you like to collaborate with others or do you prefer to work alone?

JL: I do like to collaborate with others but I tend to be a little picky on who I collaborate with as I strive to have my vision realized and sometimes that’s difficult unless you can really vibe with someone. That being said, I have something in the works with a friend of mine!

SD: What do you like about your work in ShatterTech?

JL: I love everything about it. From sitting down and working out a song, to even just making or finding the perfect kick drum in a song. To me, it’s always about that experience of “painting a picture” with music. I love it.

SD: What makes you angry?

JL: I’d have to say the fact that there’s just not enough time in the day. It’s hard to crunch everything I want to do every day.

SD: What makes you happy?

JL: Having the time to either sit down and read a book, or play video games. I’m a huge gamer.

SD: What superpower would you have and why?

JL: If I could have a superpower, it’d have to be to slow time. So that I can get more done. Haha!

SD: Name something you love, and why.

JL: My family. They’re my everything and they push me to be better every day.

SD: Name three artists you’d like to work with.

JL: Three artists i’d like to work with. Virtual Riot, Phaseone, and Eliminate, from the Dubstep label “Disciple”. Those guys are pushing boundaries on sound design and I’d give anything for them to sit me down and teach me some things.

SD: Favorite or most inspirational place?

JL: I love Norway even though I’ve never been there. I love their culture and I think that their country is beautiful and I feel like getting the chance to visit would be incredible.

SD: What’s the best piece of advice you’ve been given?

JL: My friends and family keep telling me to make music for myself first, and as long as I enjoy it, it’s good.

JL: I’d have to say that even though it isn’t about money to me, recognition for my music is my biggest goal. Along with continuing to learn from my peers and always make room for improvement. I’d like to get to a point where I can create music for a living and not have to work for anyone anymore. Be my own boss. That’s the dream, right?

SD: What wouldn’t you do without?

JL: My kids, my siblings, and my girlfriend. They’re the most important to me and I absolutely need them.

SD: What’s next for ShatterTech?

JL: I hope to continue to try to reach as many people as possible with my music and provide a positive place on my channels for people to enjoy my content. I strive to further make music for myself to enjoy and hopefully pick up some fans along the way.