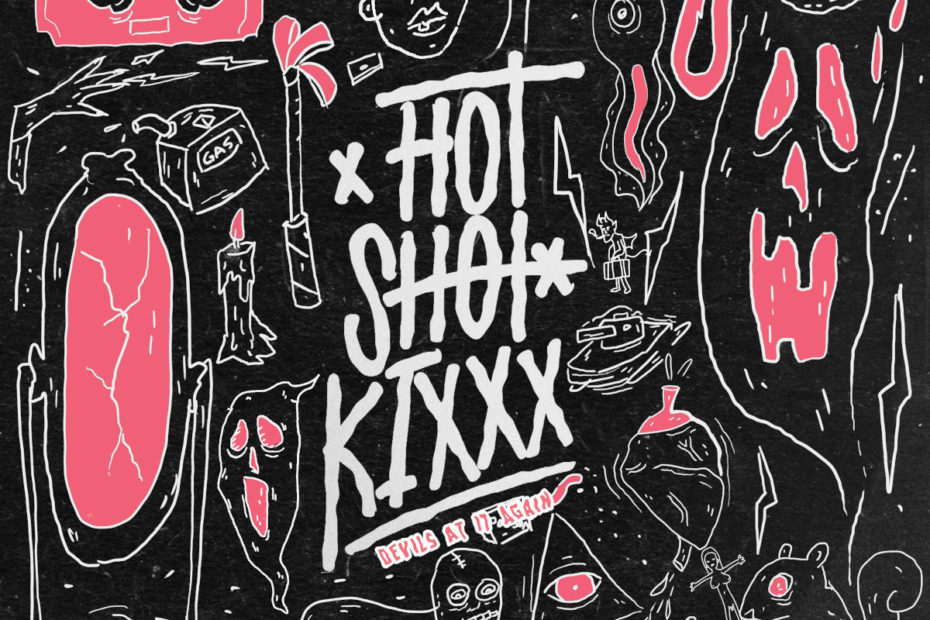 Hot Shot Kixxx is a three piece Alternative band from El Paso with a groove that sounds as though it was brewed in a witches’ cauldron full of Metal, Funk and Grunge. El Paso, Texas is the largest city on the US/Mexican border.  Its culture is shaped equally by both nations and the desert between them. The Hot Shot Kixxx sound is born of that spirit. Their debut full-length album “Devils at it Again” stirs up a psychedelic and demonic stew just in time for Halloween or El Dia De Los Muertos… whichever you prefer.

The Hot Shot Kixxx sound is a wild mix of musical styles and genres. The small ensemble creates a massive sound with a fearless mix of virtuosic playing and tripped-out Rock & Roll abandon. Any fan of Hard Rock music from the past thirty years will find something to love about this group. They whip up a dark, funky and experimental desert storm of 90’s inspired Alternative and Grunge, Psycho-Electric Funk and Blues-soaked Acid Rock.

“Devils at it Again” packs all of these influences into ten tracks, and many times within a single song. The record opens with a gigantic Rock & Roll kick to the gut. “Broken Demons” explodes from the speakers with a White Zombie style low and heavy groove. The track also introduces the band’s signature sick lead guitar, thundering bass and hammer-of-the-gods drums. Each remains constant throughout the record.

Elsewhere on the record the band dips into Nirvana-esque grunge (“Witchcraft”) on all other variations of the Seattle sound (“Tadpoles,” “Dismembership”). There is plenty of wildly creative instrumentation throughout, including a healthy dose of Tom Morello (Rage Against the Machine) inspired avant-garde Alt Metal (“Intimidation”).

The band’s varied and extensive ingredients all bubble up to a unique and exciting sound. Their seamless marriage of genres and styles ultimately creates something entirely new. It is fun, funky, dark and beautiful.

Check out the video for “Witchcraft,” above. You can also hear that song and the track “Tadpoles” on the Deep Indie Dive playlist. Follow the links below to connect with this exciting group and stay in the loop on all they have planned for the future.