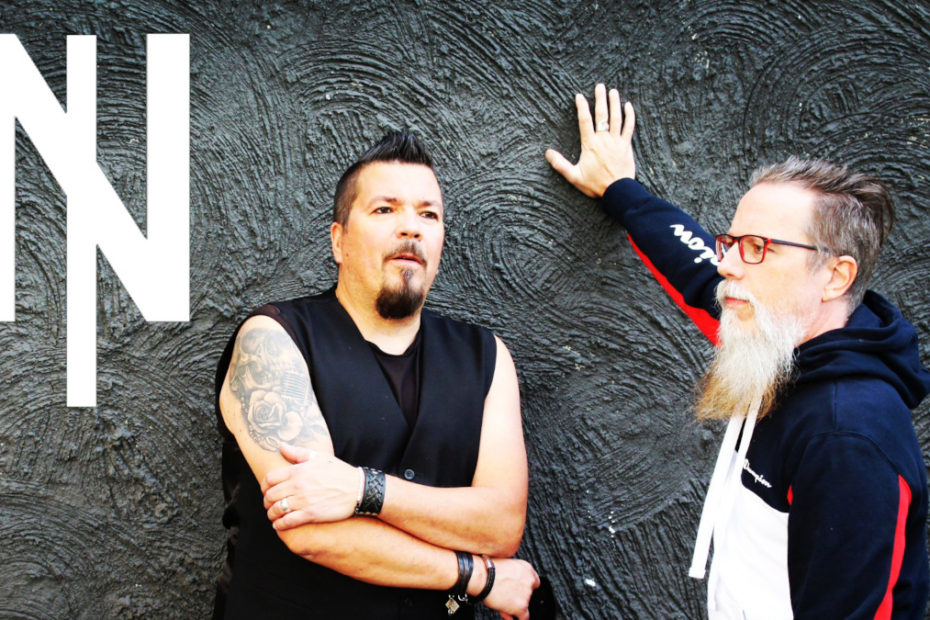 Nomen Nescio (Latin for ‘no name’) is the new Industrial Art-Rock project from Swedish musical duo, Robban Wahlberg and Mikey Svedberg. The duo first joined forces in February with the intent of recording an album the old fashioned way, together in a recording studio. Then the pandemic happened. However, the band pressed on undaunted. Mikey and Robban each set up his own home studio in lockdown and got to work. They transmitted tracks back and forth to one another digitally and began piecing their songs together.

The inaugural Nomen Nescio project is the forthcoming, “7DS.” The record will be a concept album based on the Seven Deadly Sins, as defined by the Roman Catholic Church. These are the bad deeds that will get you sent to the bad place; Lust, Gluttony, Greed, Sloth, Wrath, Envy and Pride. To date the band has released two singles, “Lust” and the brand new “Ira” (Latin for Wrath). Conceptually, the band takes an agnostic approach to the sins. They neither condemn or endorse, they simply observe.

Musically, the track is built on a low-register Metal riff and a slow, pounding Industrial beat. The song’s Rock & Roll crunch combined with a crisp Electronic sheen give it the feel of a collaboration between Metallica and Nine Inch Nails. Through the verse, the lead vocal is delivered in a low and guttural spoken-word style. However, the song takes a melodic turn in the chorus with a dramatic Goth sound.

Check out “Ira” on the Deep Indie Dive playlist. Follow the links below to connect with Nomen Nescio. Stay in the loop on all of their current and future releases, including the “7DS” album due in early 2021.