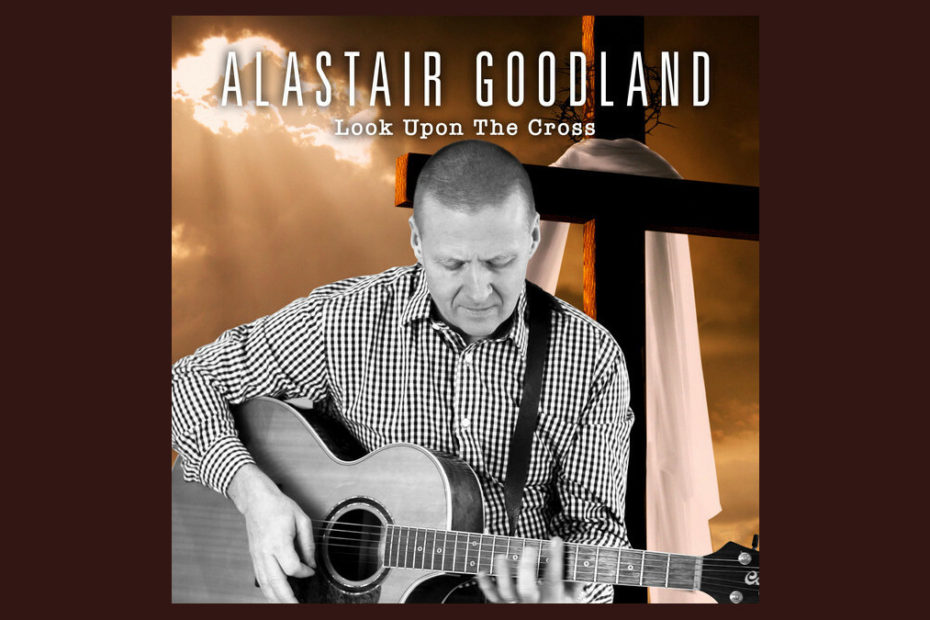 Alastair Goodland is a singer/songwriter based in New Zealand, but with close ties back to the Northern Hemisphere. Born in the town of Chilbolton in the county of Hampshire England, when he was five years old his family moved across the world to New Zealand. However, in many ways the songwriter’s heart lives in his mother’s family home of Scotland.

Faith and Scotland are recurrent themes through Goodland’s life, and his work. This is largely due to the influence his maternal grandmother had on his life. His grandparents moved with the family to New Zealand and the young Alastair was particularly close to his “Nana.” She instilled in him a love of traditional Scottish music. He grew up listening to the likes of The Alexander Brothers, Andy Stewart and Billy Connolly. Nana was also a devoutly Christian woman and she passed her faith on to her grandson as well.

On his new album “Look Upon the Cross,” these inspirations come together with the singer’s own mainstream musical influences for a collection of eleven deeply personal songs. The mostly acoustic record incorporates multiple musical genres to relay tales of life lessons learned. On the album Alastair weaves a tapestry of Folk, Rock and Blues. Faith, Family and Scotland are the threads that tie the songs together.

Look upon the Cross is a collection of my songs, written over several years, through the different phases of my life that reflect my faith and belief in the life and liberty of new life in Jesus.

Stylistically the record alternates between 1960’s inspired Folk/Rock music (“Where the Wind Blows,” “When Will I be Free”), 1970’s style singer/songwriter fare (“Running Back”) and traditional Scottish music (“12000 Miles 50 Years,” “Song for Greenock”). A number of tracks also dip their toes into the Blues (“Anchored,” “Visa Denied”).

Throughout the record, the singer’s smooth vocals and his guitar are joined by bass, drums and occasional flashes of flute and saxophone. They add a soulful lean to a number of tracks on the album. The closing song “Wake Up Church” in particular is a neat mix of uplifting revival music and gritty saxophone blues. It’s a cool sound.

You can hear the song “Visa Denied” on the Deep Indie Dive playlist. Follow the links below to connect with Alastair Goodland. Get on his socials and check out the entire “Look to the Cross” album.