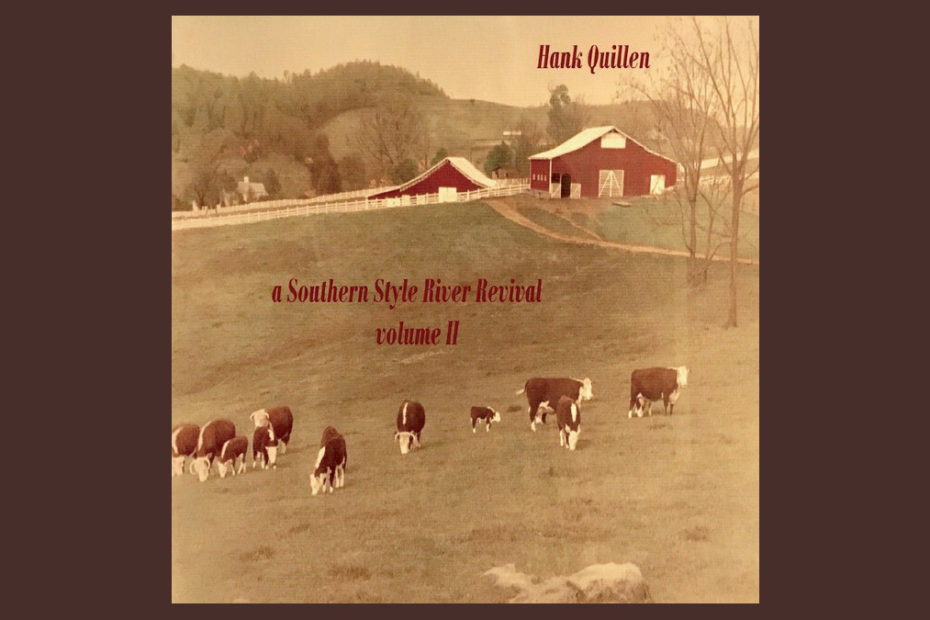 Hank Quillen is a talented guy. The singer, songwriter and multi-instrumentalist writes and records all of his own music. However, there is more to the Hendersonville, NC native’s story. Given that this is an independent music blog, one fact is almost universally true. Everyone you read about on this site (including yours truly) has a day job. Hank does too. His is just cooler than yours.

In addition to his musical endeavors, Quillen is an actor. And there is a very good chance that you’ve seen his work. Hank has appeared in multiple high-profile productions on both the big and small screens. He has appeared in hit TV Shows and feature films such as The Nice Guys, Logan Lucky and The Vampire Diaries.

Do you remember the last time you went to the movies? How about your last live concert? The entertainment industry has been affected by the pandemic as harshly as all others. That’s left folks like Hank with a lot of extra time to pursue other endeavors.

On October 10, 2020 Hank Quillen released the double album, “A Southern Style River Revival Volumes I and II.” The set is a collection of songs he wrote, arranged and performed entirely on his own while sequestered in his socially distant bubble. The artist celebrates his Southern roots on the album’s eighteen tracks of Alt-Country, Folk, Blues and Americana music.

“A Southern Style River Revival Volumes I and II” is the result of being left alone with a bunch of instruments and recording equipment during lock down.

Volume I opens with the Bluesy Funk of “Still Love You.” The song introduces the artist’s multiple impressive musical abilities. A smooth guitar, bass, drums and organ groove sets the scene for Hank’s lead vocal and some smoking lead guitar. Lyrically the track establishes the theme of Volume I. Much of the double album deals with the effects of a failed relationship. Many of the songs on Volume I chronicle the first phase of the break-up. The protagonist deals with loneliness, longing and regret.

Following the upbeat groove of the opening track, Quillen slows things down a bit. He takes his turn at the piano for somber ballads like “Goodbye Woman” and “One More Song.” The nostalgic “Where I’m From” is a quiet and folky bit of bittersweet acoustic guitar nostalgia. Whether Hank is trying in vain to repair a lost love (“Bridge to You”), looking for solace in metaphors (“Winning this Hand,” “Southern Style River Revival”), or leaving the past in the rearview (“The Treasure,” “Please Go”), the sound of the South flows through his songs.

Volume II finds our hero on the other side of loss. The melancholy and regret of the first set gives way to a search for what’s next. The journey starts with a little bit of playing the field (“Looking for Love,” “Regional Woman Blues,” “Southern Lady”). The tempo is a little faster, the mood more adventurous and the guitars a little more rockin’. The cool bit of dobro Delta blues in “Next to Me” is a particularly nice touch.

Halfway through the set the singer turns his wandering eye inward. Songs like “Down to the River,” “My Savior” and “I Let it Go” take a philosophical and spiritual turn. The upbeat rocker “Here to Win” finds the singer with a newfound confidence as he declares, “All the talk is over now.” He is ready. The set’s final track “I Luv Her” is also its bluesiest, featuring some really slick slide guitar and a lighthearted lyrical look at a new love.

You can hear “Looking for Love” on the Deep Indie Dive playlist. Follow the links below to connect with Hank Quillen. Get on his socials and visit his website to get in the loop on all of this versatile artist’s many current and future projects. And check out “A Southern Style River Revival Volumes I and II” on your favorite streaming service.