Undurskin – Kill Me If You Can 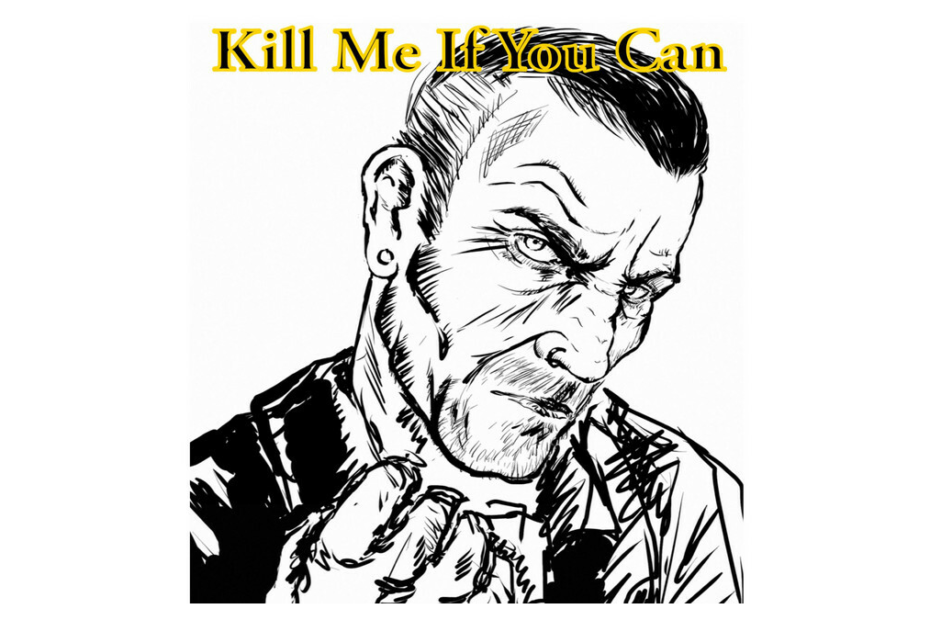 Undurskin is a two piece hardcore band from the UK with a massive sound that defies logic. Without a guitarist amongst their ranks, bassist Mok Morris and drummer Andy Dawson create an onslaught of Metal power. The duo has been developing their unique mix of rapid-fire double pedal kick drum rhythms and crunching distortion pedal bass guitar for the past three years as they wrote and recorded their debut album. Now they are ready to unleash it on the world.

“Kill Me if You Can” is an advanced single from the band’s forthcoming album, “What Goes Around.” They describe the album as, “A dark story of love and violence that has a twist. It will take you into the depths of life’s ups and downs.” If their new single is any indication, Undurskin intends to take you on that ride with a soundtrack of gut-punching hardcore Punk and Metal.

From the first cymbal crash, “Kill Me if You Can” explodes with a raw power attack that brings to mind some of the greatest decadent rockers of the past. If The Stooges and Motorhead were to collaborate on a song with Pantera’s drummer and Alice Cooper on vocals, it might sound something like Undurskin. The difference of course is that those bands all have guitar players. The fact that these guys can pull this off with only two members is mind-blowing.

In just under three minutes the band blasts through a cinematic story of life, love and death. They have also produced an animated short to accompany the song. You can watch it below. It’s a ton of fun and is sure to get fans excited about the upcoming album.

Check out “Kill Me if You Can” on the Deep Indie Dive playlist. Follow the links below to connect with Undurskin, and keep an eye on their website for news of their forthcoming debut album, “What Goes Around.”