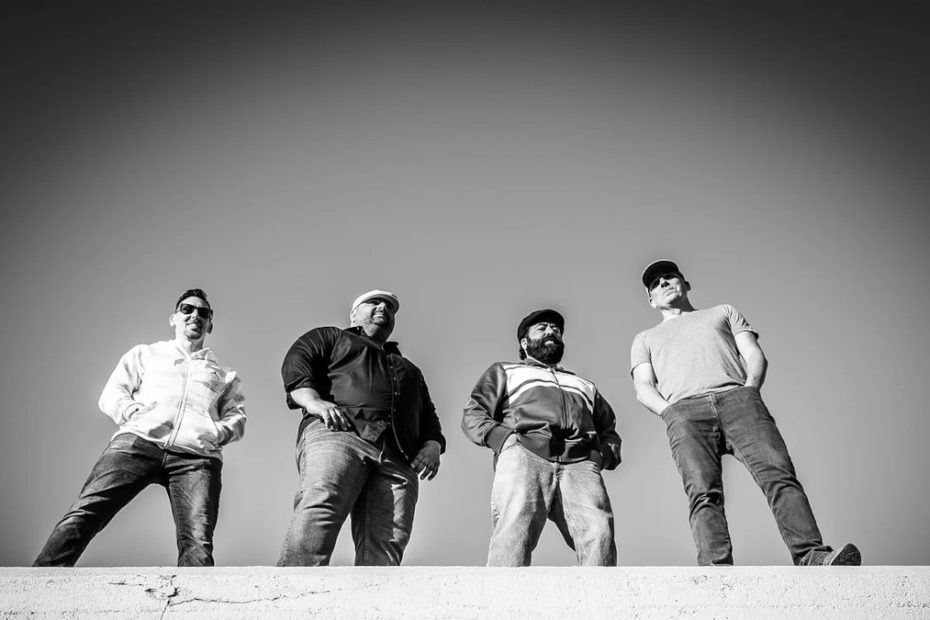 The Freight are a modern Blues/Rock band from Boston, MA. In the short time that the groovy ensemble has been active they’ve made a big noise. Their debut single “Show Me” was released on August 21st of this year. Already the song has thousands of streams across multiple platforms. The soulful, R&B tinged Blues track hit #1 on the Itunes Blues Singles Chart.

On November 13, 2020 the band kept that train rolling with the release of their sophomore single “Fish & A Bike.” This time they are cutting loose with a fun, toe-tapping rocker. The tune follows an upbeat rhythm and a funky guitar riff over a rolling 12-bar Blues. The mix has a cool, raw feel to it thanks to just enough distortion on the vocals and guitars. The production technique gives the song a feel that is both a little retro and a little bit modern Indie Rock.

The band is in top form. As the airtight rhythm section of Stephen Anderson (bass), Marc Loverin (drums) and John Marinilli (percussion) lays down a house party-worthy groove, each lead instrument takes its turn soloing. From a very funky Fender Rhodes solo to flashes of honky tonk piano, keyboardist Greg Tragellis is on point. Adam Tiro’s guitar solo is a cool mix of a harmonized triad melody and some ripping single-note soloing.

Lyrically the song takes the singer’s girl to task for trying to change him. He runs through the various scenarios in which she is “pushing him” too hard. Finally he comes to the hilarious conclusion, “I need you like a fish needs a bike.” It’s all in fun and a perfect pairing to the song’s infinitely danceable groove.

Check out “Fish & a Bike” on the Deep Indie Dive playlist. Follow the links below to connect with The Freight. The band already has three more singles lined up. Get on board!

The Freight on the Deep Indie Dive playlist