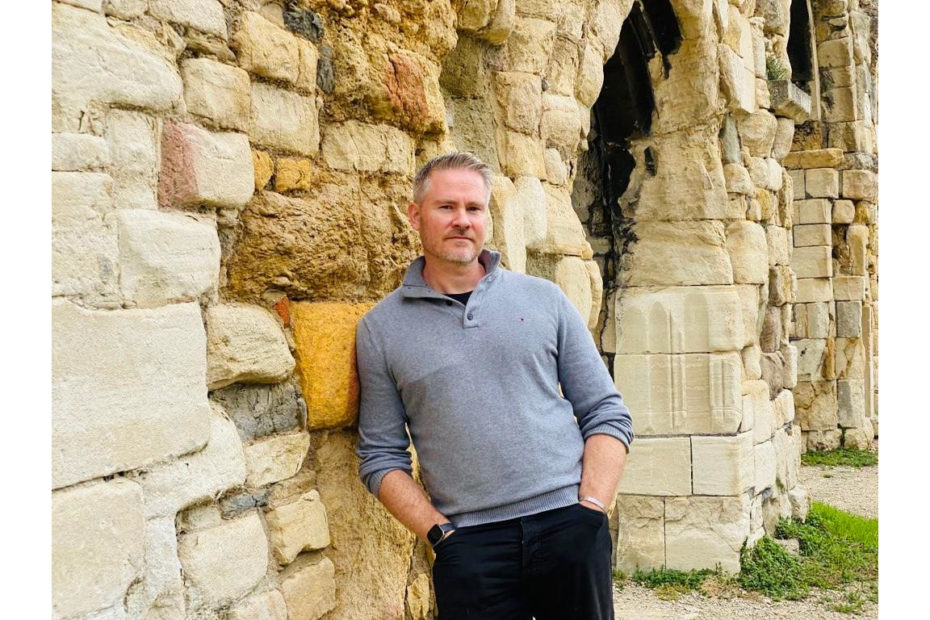 Paul Alexander Low is a name familiar to many regular readers of The Static Dive. He first appeared on these pages in August upon the release of his debut single “Feel Your Heart Come Alive.” The song was a semi-autobiographical and motivational tale, inspired by Low’s own musical journey. After 25 years burning time in the corporate machine, Paul broke free and turned his sideline songwriting gig into a full time passion. Another single followed in September.

The earlier releases were each leading up to his new EP. On November 1, 2020 Low released “Hell Yeah,” a five song collection of his original music. It is a record decades in the making. The EP opens with those two previous singles. The title track is a very groovy wedding engagement song with a funky 90’s Alt-Folk rhythm, a la Rusted Root. Next up is the aforementioned uplifting “Feel Your Heart Come Alive. You can read all about that track here.

On “Fisherman’s Heart,” Paul slows things down a bit. The song is a beautiful Celtic waltz. Although it is an original composition, the tune has the feel of a traditional Irish sailing song. With his signature acoustic finger-picking style and subtle piano and cello accompaniment, the singer plays the role of a fisherman at sea, longingly writing a love letter to home. As is oft the case with tragic seafaring tales, our protagonist ultimately meets a sad and untimely end. The song rolls away as he bids farewell from beyond.

“Autumn Breeze” is a somber lament. Low uses the changing of seasons as a metaphor for the end of a love affair. His tasteful and understated guitar and piano match the mood of the season perfectly. The record ends on the upbeat “Heart of Stone.” Over a rolling and percussive Alt-Pop beat, the heartbroken narrator from the previous song finds new love and renewed hope. It is the perfect high-note ending.

Paul Alexander Low is a deeply talented musician and songwriter. His recent decision to shift focus to his music career is good news for us all. Check out the video of Paul performing “Fisherman’s Heart,” above. You can hear “Heart of Stone” on the Deep Indie Dive playlist. Follow the links below to connect with the artist. Stay in the loop on all of his future projects, including a planned full-length LP coming in 2021.