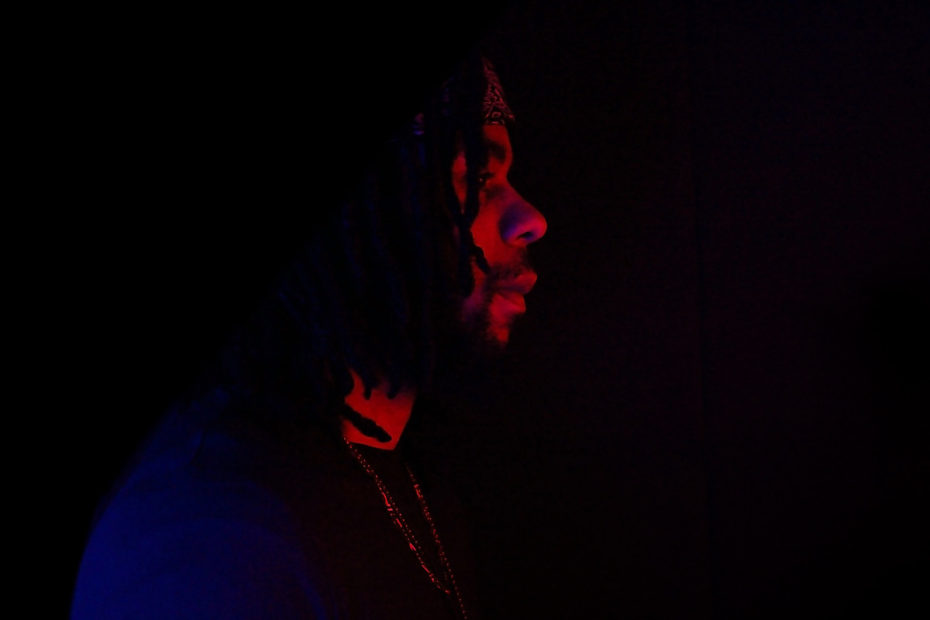 Colt Williams is an independent Hip-Hop artist from the Philly suburb of Upper Darby, Pennsylvania. He’s been making music for a long time and has dozens of tracks available on platforms like SoundCloud and YouTube. However, he just recently released his first widely distributed record, the four track EP “LAJ.” With experimental breakbeat rhythms, Ambient vibes, old-school rap and chopping rhymes, the record explores the many moods of Hip-hop.

It’s a personal journey for the artist as well. “LAJ” takes us through the emotional roller coaster of a romance. From the pain of “Hurt” to the infatuation of “Evolve” and the philosophical explorations of “Accept” and “Live,” the EP is a complex and thoughtful piece of work. I sat down (virtually) with Colt Williams to talk about the record, his past and his plans for the future

The Static Dive: How long have you been making music?

Colt Williams: Sheesh! Good question. I’ve been making music for as long as I can remember. Probably about 13-14 years now. I used to post on internet forums and type out rap battle verses to people. Doing it for this long has come with many ups and downs and obstacles, but I’m happy to say I’ve really enjoyed the journey thus far.

I’m in that weird space where I’m a kid of the 90’s but I was also out during the 2000s when rap and music in general kind of saw a shift in sound. I would say my biggest musical influences are Jay Z, Lupe Fiasco, Cole, Kendrick, and some people have even said a bit of Ab-Soul in there too.

CW: What is your greatest non-musical influence?

My greatest non-musical influence would have to be my family and anyone who’s ever taken a listen to one of my songs. I’m out here doing the best that I can with each song to show everyone who’s ever given me love or supported me on this journey, my ultimate appreciation.

CW: Heartbreak and the feelings that go along with it. This whole project LAJ acted as a form of therapy for me. At the time I was going through some relationship stuff. This was the vessel that allowed me to express all the anger, the hurt, and the raw emotions that made it possible to heal and move on with life. Writing this project was just the release that I needed.

CW: At the moment I’m currently working on LAJ 2. Hoping to get that out soon. Other than that I just plan to keep releasing music that people can vibe with. It’s a never ending story with me. Even through all the craziness of 2020, I was able to conquer some fears and make some moves that I was hesitant about. Hopefully 2021 is an even better year for me.

Check out “LAJ” above. You can also hear the track “Accept” on the Deep Indie Beat playlist. Follow the links below to connect with Colt Williams. Get in the loop on all of his current and future projects.