Balkun Brothers – Here Comes The End Of The World 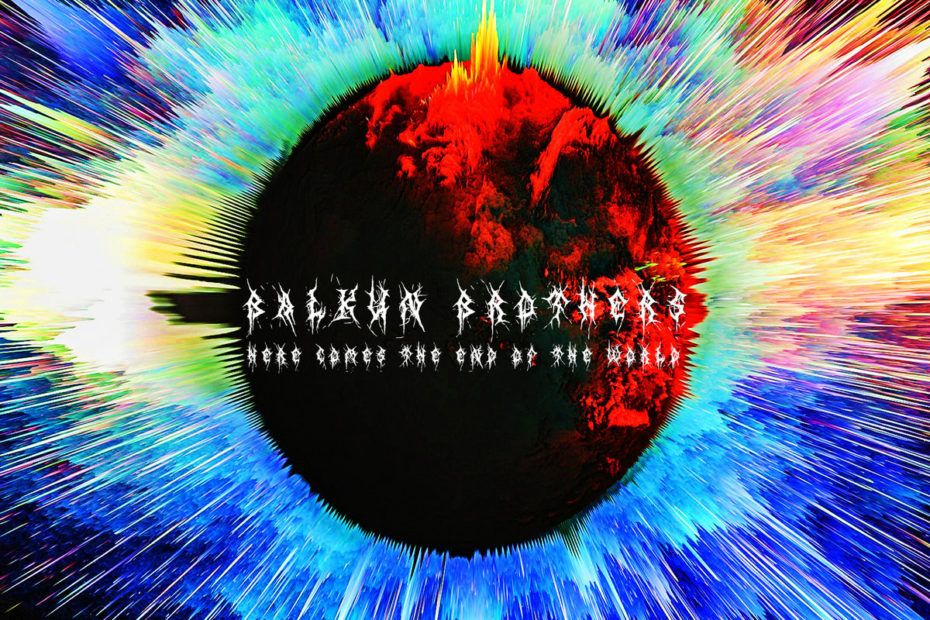 Balkun Brothers first appeared on The Static Dive upon the release of their single “Traumatized.” With that track we were introduced to the massive guitar and drum assault wrought by these two Rock & Roll siblings. The internationally touring duo have been at it since their early teens, thrilling audiences with a two man show that packs the power of a hurricane. The band consists of older brother Steve on guitar, vocals and thumb-bone bass, alongside younger brother Nick ‘The Hammer’ on drums and vocals. That’s it. There is no bass player, keyboardist or rhythm guitar. They don’t need ’em.

“Here Comes The End of The World” is the brand new album from Balkun Bothers, released November 27, 2020. To capture their behemoth sound the band turned to legendary producer Steve Albini, famous for his work with the likes of Nirvana, The Pixies and Iggy Pop. To ensure he got every nuance of Steve Balkun’s over driven slide guitar squeals and Nick’s freight train rumble, Albini recorded the entire album to analog tape.

The record opens with an air raid siren, warning us of the blitzkrieg to come. As soon as the band rips into the Psychobilly Punk of the title track, we know its real. They announce Armageddon with a sound that is one part Led Zeppelin, one part The Cramps. Over the course of seven songs Balkun Brothers move through the decades of Rock & Roll power. From the Soundgarden inspired Grunge Metal of “Shadow Snakes” to the wild instrumental Hendrix-meets-Sabbath hybrid, “Tommy Gun Shuffle,” the record is the sound of two guys just killin’ it from start to finish.

“Death (by) Bear” is a hardcore onslaught. The track is mostly instrumental, save for the lyrics “Death! Bear!” and the growling of an actual bear. They slow it down a bit for “Caesar on the Steps,” a dark and heavy psychedelic meditation on the power, corruption and delusion. Throughout the record they spike their Punk and Metal with a healthy dose of Delta blues. “Gravspresso” is a beautifully chaotic mix of all three and brings to mind some of the wilder Morphine jams.

“Here Comes the End Of The World” is a wild ride and a thoroughly entertaining record for any fan of high-octane Rock & Roll. We sat down (virtually) with Balkun Brothers to ask them 8 questions about their badass new album and their unique Rock & Roll recipe.

BB: Technically speaking we had never recorded to tape before or with such prominent producers – Steve Albini and Bill Skibbe. We wanted to bring our skill levels up as musicians and take our music to another dimension in terms of energy and sonic presence when played extremely loud in a car stereo or on a record player. We love Nirvana’s ‘In Utero’ and that is definitely a big reason for seeking out Steve Albini to engineer and record the album.

BB: We have plans to write even more heavy music to follow up to this album after we attempt to play a few special socially distanced tour dates along with releasing official music videos and special in-studio documentaries from recording this album at Electrical Audio and Thirdman Records.

Balkun Brothers: This album was our purest emotion at this point in our careers as rockers in 2020! It is our heaviest album and it represents the intense energy of the events happening in the universe at this point in time.