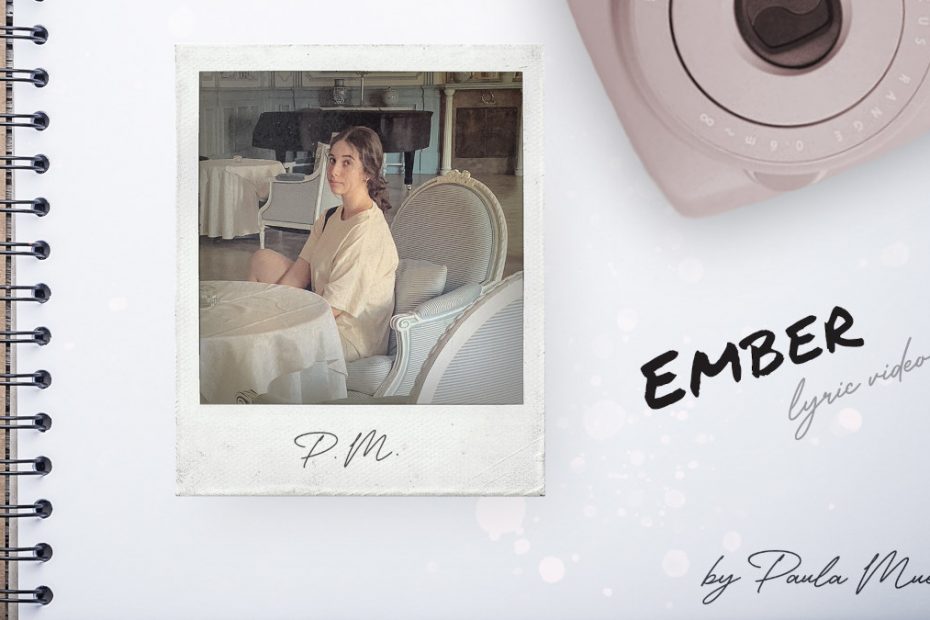 At just 16 years-old, Paula Mueller is already an accomplished international singer and multi-instrumentalist songwriter. Born in Switzerland to a Cuban mother and Swiss father, the young musician spent her formative years in Cuba. As a result of her world travels, the multilingual teen is fluent in English, Spanish and Swiss-German.

From 2012 through 2018 Paula Mueller attended the International School of Havana. There she was a regular performer at the annual Summer and Christmas Concerts. She won the school’s annual English lyrics competition and then went on to compete in the Vocalstar song contest final in Los Angeles, taking home 3rd place in the category “best new artist Teen”.

Paula Mueller made her professional solo recording debut last year with a cover of “If I Were a Boy.” That track introduced a thoughtful and soulful performer with style and sophistication that belie her young age. Paula Followed with two new singles in 2022.

“Ember” is the latest single from Paula Mueller, released worldwide to all major streaming services on April 1, 2022. An acoustic ensemble of piano, bass and drums lend a mellow and jazzy groove to this beautifully subdued song. At center stage stands the talented Miss Mueller delivering a soulful and melancholy coming of age ballad.

Check out the “Ember” lyric video below. You can also hear the song on the Deep Indie Dive playlist, or listen on your favorite streaming services. We had the chance to chat with Paula about her music. Read her answers to our 7 questions below. And follow the links at the end of this article to connect with the singer. With monthly releases already scheduled for at least the next six months, there is plenty of music to come from this deeply talented young artist.

I was born in December 2005 in Zürich, Switzerland. Currently I live in Küssnacht am Rigi, Switzerland. From 2012 to 2018 we lived in Havana, Cuba, where parts of our family lived.

I started taking Guitar lessons at the age of 8 and Piano at the age of 10, together with my elder sister Miriam, who plays Piano and Cello. We used to give house concerts twice a year and we both performed regularly at the school concerts. My sister also likes to sing and she has a very nice voice.

Melody and Lyrics of EMBER were created by me. The song was recorded in 2021 in a studio in Madrid with several studio musicians under the guidance of Cuban Pianist and Producer Jorge Aragon. The Song was mixed in a Cuban Music Studio.

Lean more into Latin music and create more songs honoring my Cuban half.