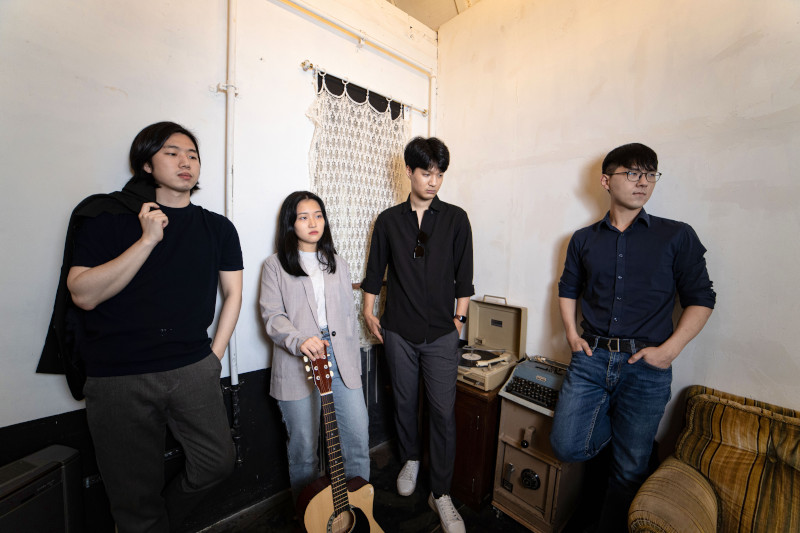 Orange Vibe are an emerging independent band with a live, guitar-driven sound. The bi-lingual Korean group made their debut in 2021 with the singles “Waves.” That track introduced a funky, female-fronted four piece that weaves influences from across the decades of rock, pop, jazz and soul music.

The group cites a broad range of artists as inspiration including; Pink Floyd, Etta James, The Cranberries, Incubus, Portishead, Alabama Shakes, PVRIS and Plini. Their sound lands somewhere between neo-soul, alternative rock and modern dark pop. In recent months the band has built their fanbase by periodically publishing live performance covers on their popular YouTube channel.

Singing in both Korean and English, lead vocalist and songwriter Chaery shines. The singer strikes the perfect balance between technical expertise and emotional vulnerability. She slides easily between moments of dreamy modern pop, classic and alternative rock and bluesy soul riffs.

The band conjures a 90’s alternative vibe on tracks like “Sunburst” and “Distance.” There is strong blues/rock influence throughout, as on the Santana-inspired “Wilderness” and the Texas-tinged “Liquor.” The band’s performance is exceptional, with some particularly nice guitar playing throughout the album.

Check out the fun behind-the-scenes “Sunburst” video below. You can also hear the song Northern Polada on the Deep Indie Dive playlist, or listen to the entire album on your favorite streaming service. Follow the links below to connect with Orange Vibe. Get on their socials and follow this exciting young band on their musical journey.