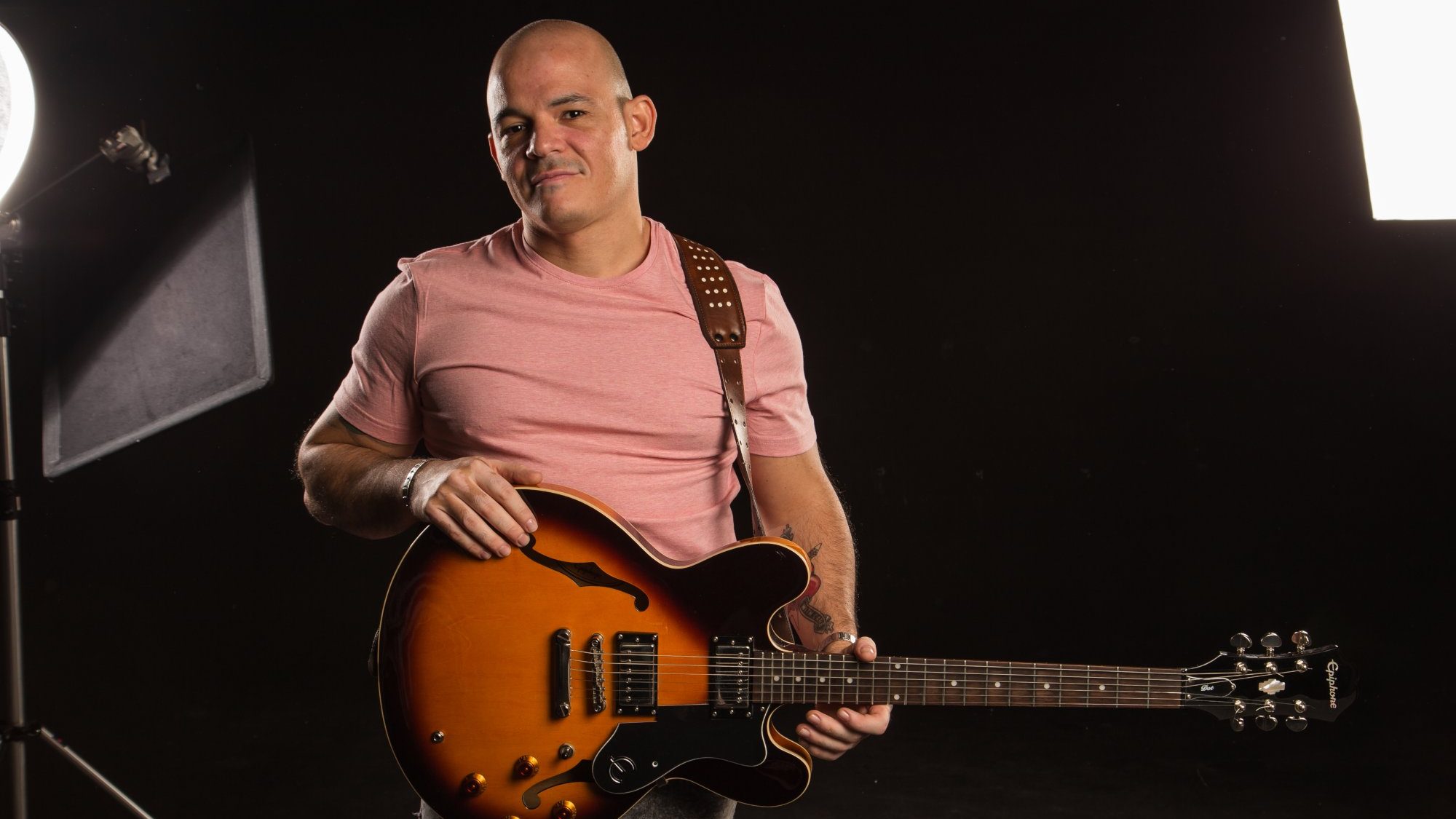 There are a thousand permutations to the music we call Rock & Roll. Countless genres and subgenres have sprung up and died off over last five or six decades.

In all that time though, one thing has remained constant; from Chuck Berry, to Nirvana, to St. Vincent. At the core of any Rock & Roll combo is an electric guitar slung over the shoulder of a singer belting out a story they need to tell.

JoeMayk comes from that great tradition and is well schooled in its ways. The Venezuela born, Madrid based singer/songwriter knocks out a solid Rock & Roll banger in “Lost Paradise”. The tune is smart, catchy, and it moves.

Lyrically speaking, in the song he addresses his love interest and fantasizes about running away to their “Lost Paradise”. It is a good time, with clever turns of phrase throughout, including the obvious Adam & Eve reference in the title. I think my favorite line though comes when he proves he is adult with the revelation that he has learned, “how to cook fried eggs, and make love to you so well.” Fun stuff.

His voice reminds me a bit of the late, great Gord Downie of The Tragically Hip. But the real star here is JoeMayk’s guitar. Some guys play guitar like they were born with one in their hand. He doesn’t do anything overtly flashy, but his playing is so smooth and natural that a hack like me can’t help but be jealous. There is no question, every note he plays on the six string lands exactly where it is meant to be.

Check out “Lost Paradise” below and connect with JoeMayk. You will be happy you did.

Joemayk is a guitarist, singer-songwriter and music producer of Venezuelan origin, he began his musical career as soloist under the name of Aaron Avanish in 1999 with his
simple “Dame”, in 2006 he decided to move to Madrid where he published his first work “A pasos desiertos” which gets an excellent acceptance in 2009, in 2013 he published two new singles “Como los gigantes” and “Contigo pa’ siempre” in 2016 JoeMayk moves to London and decides to change the direction of his career composing in English his ep “Love” composed of 7 songs, in 2018 he decides to change his artistic name in the search of his true style and his new name adopting his first name joined to his second name Joemayk and publishes his latest work “Drive Somewhere” which he expresses is a moment of change through which he goes.
in 2019 he released his third musical work animal soul, an ep composed of 5 songs in which he shows his influence towards the genres heartland rock, Glam rock and Soft Rock.