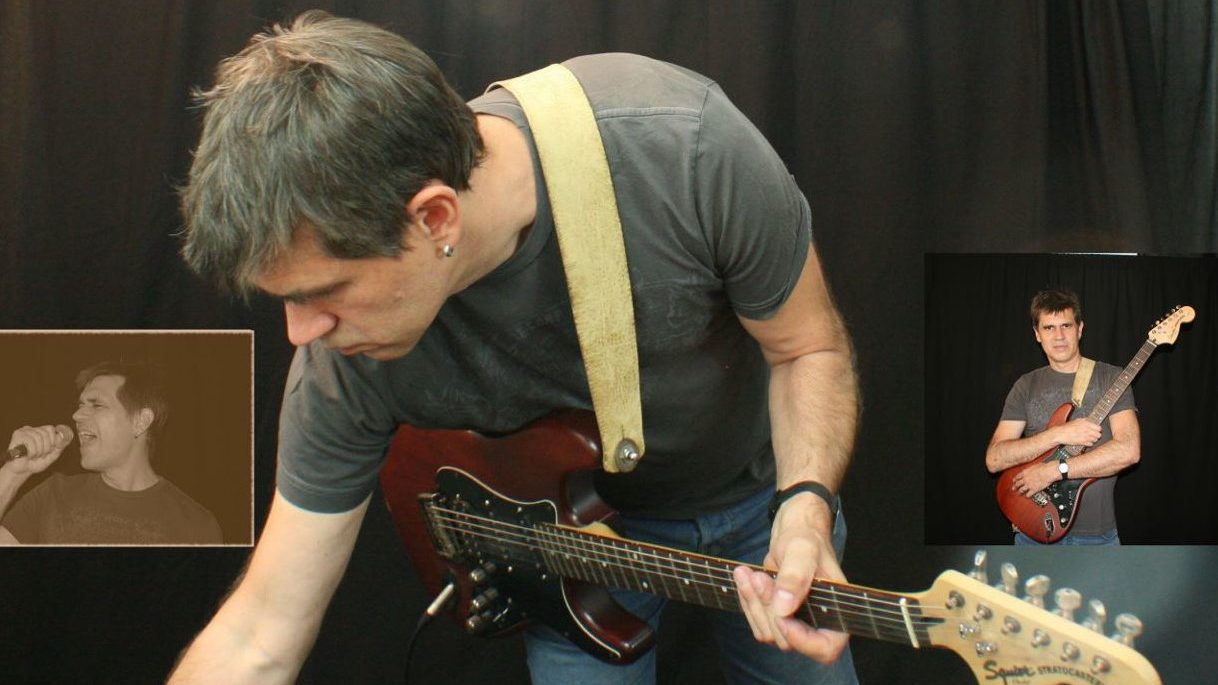 In the 1970s, the music that we now call “Progressive Rock,” dominated radio. Guitars were big and loud. Vocal tracks were doubled, tripled, and harmonized. And rhythm sections, previously limited to a backbeat one-two bass and drum thump, evolved into complex components of melody as well as rhythm.

Rock musicians were virtuosos, playing their instruments with a technical proficiency that had previously been reserved for Jazz music. As a result, they set a standard for musicians that persists. To this day, I hear some kid finger-picking “Dust in the Wind” every time I walk into a guitar shop.

Punk eventually reintroduced three-chord garage rock. However, the music of bands like Queen, Yes, and Pink Floyd is still hugely popular today. Jo Oliver comes from that tradition. His song “Shine on (You)” is a study in Progressive Rock. And he clearly knows the subject.

The song opens with a perfect multi-part harmony that would make the Doobie Brothers proud. The technique is used as an effective refrain throughout the song. A big guitar riff follows, doubled by the bass, a-la Rush.

Steely Dan-style, jazz guitar and electric piano chords support the verse as Jo sings a simple and sweet homage to the object of his affection. The drums are recorded with a big roomy reverb and, true to the genre, they are executed with showy precision.

It is no accident that Jo has the chops to pull off complex progressive rock arrangements. He has had a long career working as a professional musician and producer, in the USA as well as his native Germany. In that time he has worked with some big names, including former members of Supertramp and The Platters.

Check out “Shine on (You)” and get to know Jo via the links below.

Here is what Jo says about Jo…

I have been making a living from music in the widest sense for many years. I gave guitar lessons, played in bands, made jingle productions & wrote editorial articles for music magazines and made my living in this way in the earlier days. In the meantime, to bring home the bacon I worked as a live & studio musician and music producer while nowadays I primarily write textbooks and publish my works as an independent music publisher. During these many years of my professional music independency there were quite a number of co-operations and also publications with other artists, publishing houses and labels. I also wrote, composed, arranged and produced songs for various artists and contributed to many different music productions as producer and / or arranger. Today I am largely a self-marketing musician.

While in the past my musical work took place in the background, I am now breaking completely new ground as an artist performing my own songs! Thank to all the people who encouraged me to take the step!

The common thread running through all the years of my creative work as a musician & as an author is and remains my strong passion for composing and writing songs. Since the sound of the language is of an immense importance to me (I was strongly influenced by English & American music in my younger days), I am singing in the English language even if I have to face the challenge as a lyricist every now and then. But this way it sounds best to my ears…:-)

On “Shine On (You)” I not only played every single note from every instrument (drums, bass, guitars, keyboards), but also sung every note of the backing- and of course the lead vocals, but also did the whole production (including arrangement, mixing and mastering) just by myself…