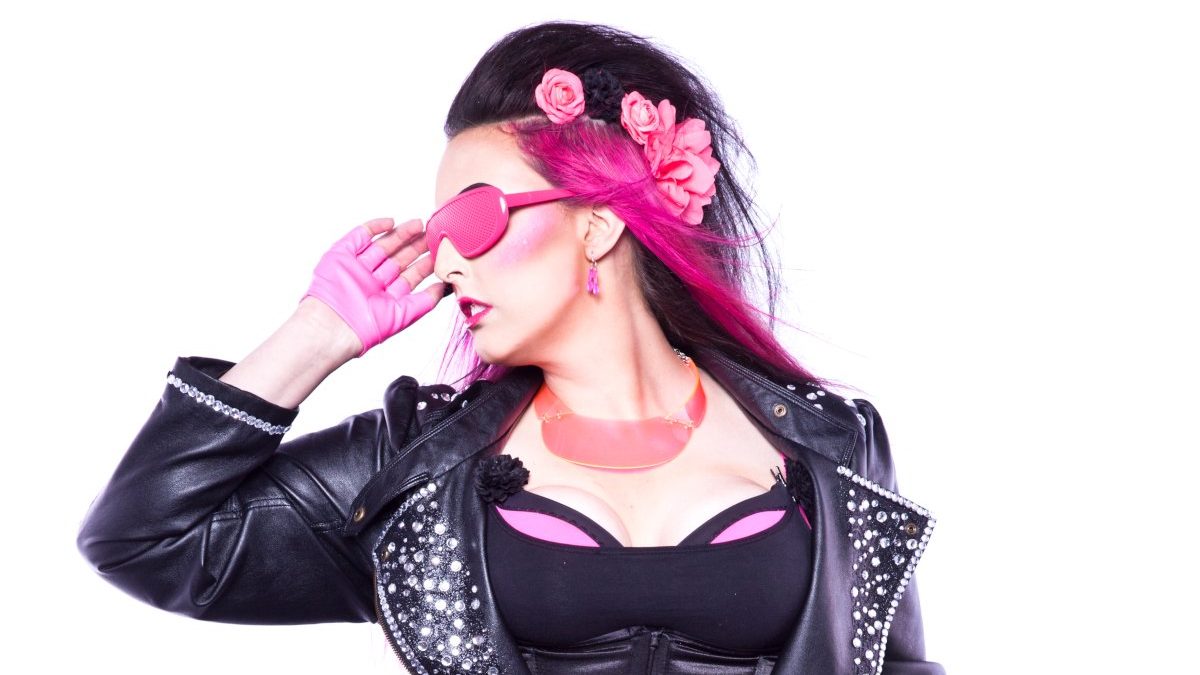 Toronto, Canada based artist Kristen Karma wields Pop and Dance genres to suit her needs. She has a rad look that is one part Joan Jett, one part Madonna, and one part modern day dance diva. And it’s not just her look. Kristen makes Pop Dance music that finds its origins in multiple sources.

Her new single “Try” feels like a contemporary Pop song at first. However, as the track progresses it delves into synthwave and EDM territories. The chorus is all movement, and the bridge in particular sounds primed for an extended dance remix.

Although the song ventures into some club territory, it always returns to one of its infectious hooks. Lyrically the track calls to task a former lover. Who she accuses of, “ghosting me to keep your pride.” They didn’t try.

I have an image of a stadium filled with young women, singing along in camaraderie, fists pumping to the beat.

Kristen has a number of impressive credits to her name already. She has warmed up for Akon. And she has, on multiple occasions, landed the amazingly cool gig as the entertainment for Lady Gaga’s personal after-parties.

“Try” was released on June 28th and is available on all major streaming platforms. Check it out on SoundCloud and Spotify below, and follow the links for more music from Kristen Karma.

Here is what Kristen says about Kristen…

Kristen Karma’s music career has already blossomed in the pop/dance scene in her hometown of Vancouver. Now located in Toronto, Kristen Karma is no stranger to the ever growing music industry. Karma not only wields a certificate in Audio Engineering from Hot Sole Music, but has studied voice with Judith Rabinovitch, who has worked with the likes of Avril Lavigne and Sarah McLachlan.

Even though much of her formative years were devoted to a theoretical and exacting world of ballet lessons, Air Cadets, Military Marching Bands, and The Royal Conservatory of Music, some of the only evidence that remains of her past is the neon pink tulle that shoots out from under her black corset. It’s undeniable—Kristen Karma is a band nerd. But she is a band nerd who might punch you in the face for showing up late to practice.

Her current single “Party Heroes” has her hard pounding electronic dance sound that is sure to bring your to your feet. The clever constructed lyrics and catchy beats combined heavy powerful guitar solos will leave you wanting more. Already garnering rave reviews with the infectious sounds throughout, this sees Kristen moving into a new stage of her music career. Released in April 2019, the song reached the iTunes Canada Pop chart Top 20, peaking at #17.

In 2013, Kristen Karma was selected as one of two performers to play the Lady Gaga Born This Way Ball After-party and open for Tour DJ/Lady Gaga BFF Lady Starlight in Vancouver. With rave reviews from her performance, she then went on to work with lil’Jon on her single “Sirens.”

In 2017, she opened for Grammy Award Winner Akon in Guelph, Ontario on his Canadian Promo Tour. Hot off the heels of her performance, Kristen was then approached and selected to play the Lady Gaga – Joanne World Tour VIP After-party once again in Vancouver after Lady Gaga’s performance at Rogers Arena.

Karma continues to wow audiences with her energetic live performances, and she does it all with a neon pink microphone in hand.