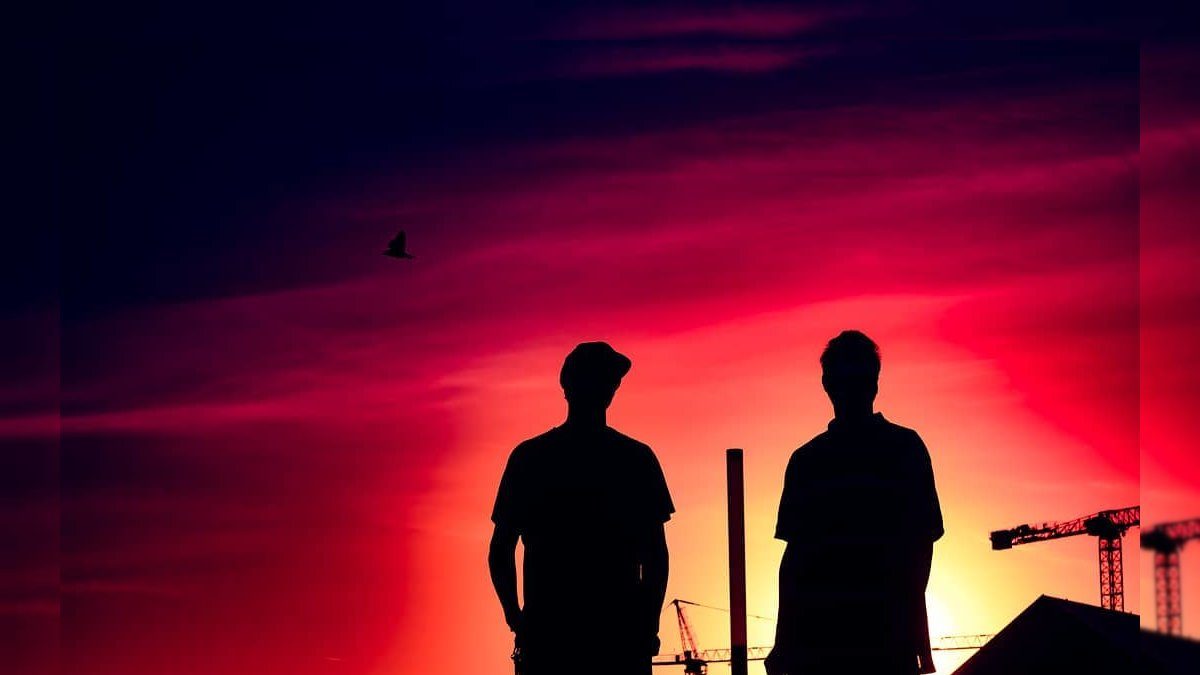 Northeastbeats (NEB) is a collective of family and friends. Going by their rap names; Massive, Stonsz, 5tate of Mind, Gavin and Quiet Character, the Toronto crew even includes a pair of twin brothers. They are united by a love of Hip-Hop and a shared history.

That history informs every song on their new sixteen track album, “You’ll be Okay”. The album’s title is presumably a message to themselves. The record tells a tale of past mistakes and future redemptions. This is the sound of the journey between the two.

Drugs are a recurrent theme, but they are not glorified. No one is rapping about making fat stacks slinging dope. This is the flip side of drug culture. NEB is telling the real story of drugs, the story of users. They let us know it is hard. It’s hard to get clean. And it is hard to let go of the appeal.

So, they go back and forth. For instance, the first track “Say Hi” references a past life, “lost in a haze of smoke.” However, the next song speaks of the present, “I need a pill to kill the mind.”

That point/counterpoint is repeated throughout. Lines like, “I’m sex , drugs, rock and roll and all that junk,” are countered in a later song by, “life ain’t so bad, life ain’t so sad, I didn’t OD. Oh boy am I glad.”

These are not contradictions. They are the reality of addiction.

Sometimes the back and forth occurs in the same song. “Pills used to heal, just give me a joint and I’m fine,” shows the process of getting clean in progress. They trade one drug for another, less destructive one. The juxtaposing can be funny too, with lines like, “I’m chain smoking, I’m the type to stress fitness.”

There are countless other examples of related conflicting themes, like confusion and clarity, self motivation and self doubt. There is even a track titled “Self Doubt.” Stonsz and Gavin go back and forth. One says “I pour my drink and fill it with self doubt,” and the other follows up with, “learn to love yourself.” It is the Yin and Yang of recovery.

The production on “You’ll be Okay” is a mashup of hip-hop styles from the past three decades. For instance, the title track features a Public Enemy style East Coast beat while others like “Old Cartoons” sounds straight outa Compton.

It’s not all old-school production though. Modern trap beats are all over the record. Tracks like “Different” and “Mountain Tops” are very 2019. Some of my favorite moments happen when two or more of these styles overlap. For example, “Fade Away” features trap hi-hats paired with an old school kick and snare beat. This is music made by learned and loyal fans of Hip-hop.

Further still, there are a couple of tunes that veer off into their own territory entirely. “Young Rebel Interlude” is as much beat poetry as it is hip-hop. And “Lifeless” even dips its toe into Chill-hop. Cool stuff.

The new NEB album “You’ll be Okay” is a testament to a love of hip-hop. On it, the group moves comfortably between beat styles and rhyming techniques that span the history of the genre.

The record is also document of the growing process that this family of young men are experiencing together. They aren’t teaching any lessons. They are just telling their story. On “The Rosest Rose,” Massive says, “I don’t rap to make a fortune or to make a difference.”

On the final track “Alone,” Stonsz raps, ”I am tempted to redefine myself.”

I am pretty sure that is exactly what is happening here, for all of them.

Here is what NEB says about NEB

A Never Ending Belief. A family brought together by hip hop, a never ending brotherhood. Creating new sounds, styles and music, we seek to inspire and connect with people through out the world. North East Beats is committed in protecting and enhancing hip hop as well as upholding and recognizing the foundations before us. With a producer, singers, song writers, and emcee’s N.E.B stands to deliver new and engaging music to a wide audience.