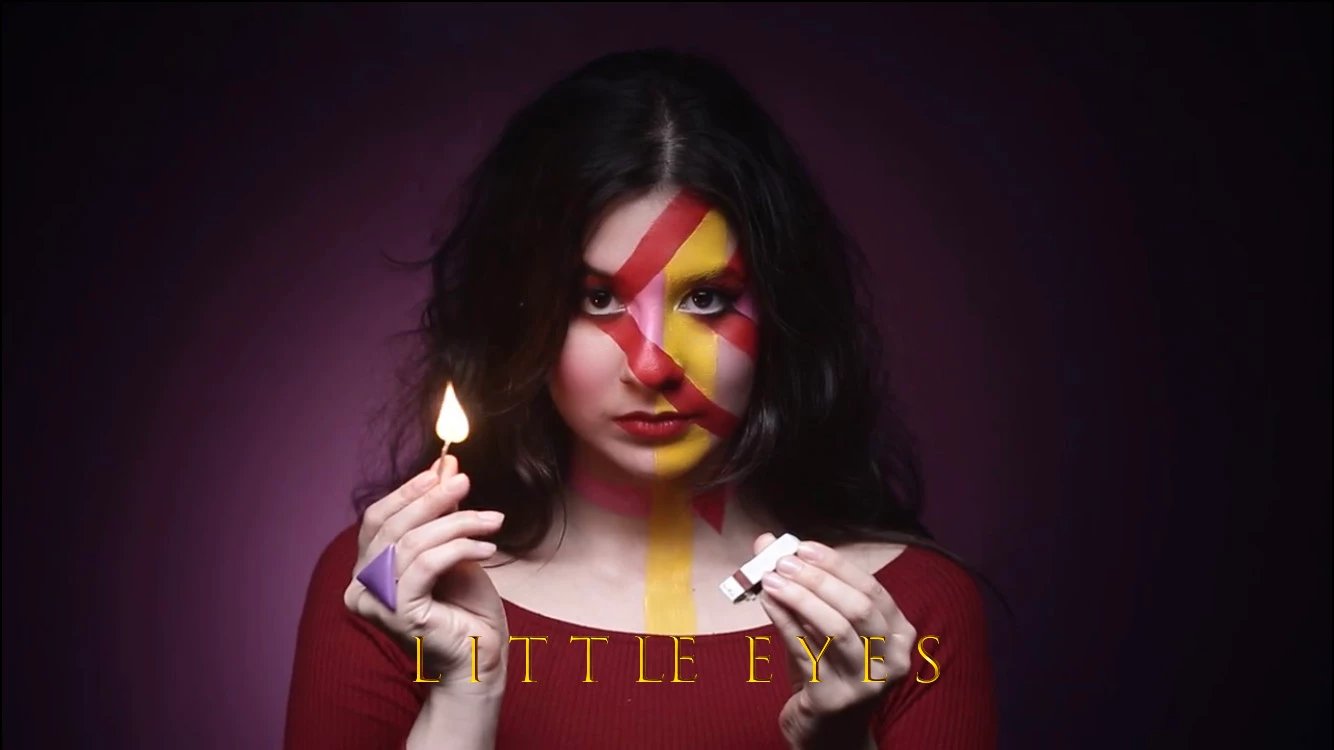 Ilandria’s twenty-three years on this Earth have brought her from South America to two very different major US cities. The sounds and cultures she encountered along the way have all informed her wildly creative style. Her new single “Little Eyes” pairs a Pop melody with Spanish guitar and a Dance beat with Disco vibes.

The young singer left her home country of Ecuador with her family when she was just three years old. She spent her formative years in the music mecca of Miami, Florida. Both her birthplace and her adopted city can be heard in the Flamenco guitar and Latin percussion on “Little Eyes.”

Ilandria now lives in the cultural melting pot of New York City. She made the right move. Her attitude and poetic twists of phrase belong in the Big Apple. There is a lot to love about this song; from the eclectic instrumentation to the cool confidence in Ilandria’s vocals. Disco strings blast as she drops lyrical nuggets like “my brain thinks until it’s dead, but that’s identity.”

Lyrically the song features a string of smart and biting dismissals directed at a departing lover. Over an infectious beat and catchy melody she sings, “I may not be a boy but I’m human too.” Great stuff.

“Little Eyes” reached all of the major streaming services as a single in November. However the video was just released on December 14. It features Ilandria dancing and singing in various settings and stages of makeup and dress. The expressive singer adds movement and color to the already smart and catchy tune.

Check out the video for “Little Eyes” and follow the links below to connect with Ilandria.

Listen to Ilandria on the Deep Indie Dive playlist