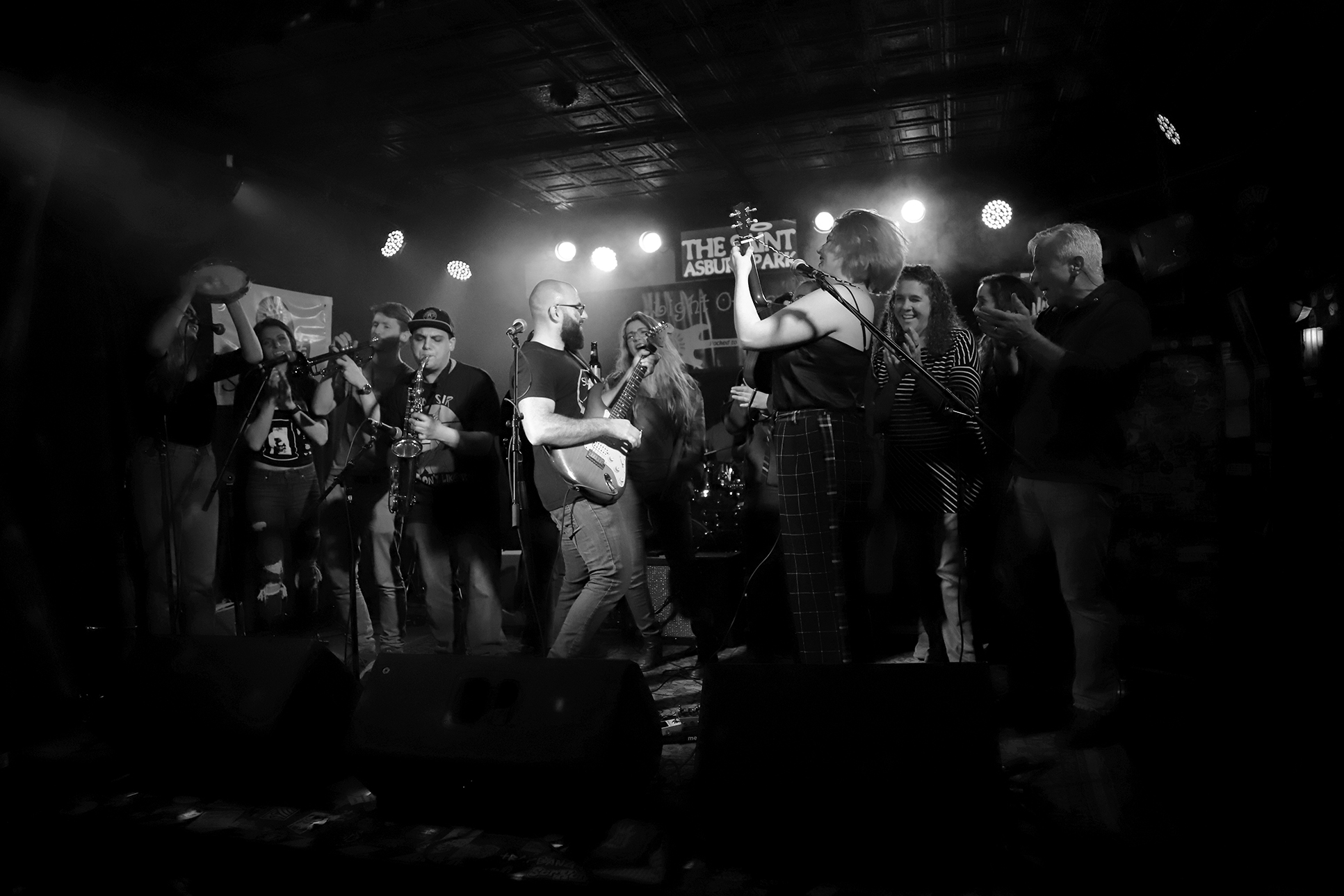 The heart, soul and driving force behind New Jersey’s The Foes of Fern is Matthew “Fern” Fernicola. The band’s bearded guitar-playing singer and frontman is a regular presence on the Asbury Park music scene. Known around town originally as the guitarist of the popular local band Airacuda, Fern eventually broke off to form his own solo project. Relying on a revolving roster of his talented friends in the shore side community, Fernicola set out to tell his irreverent and relatable tales, with guitars.

The Foes of Fern’s list of usual suspects include Owen Flanagan on drums, Phil Marflak on bass, Andrew Ho on percussion, Brandon Steinagle on keys, Joseph Pomarico on acoustic guitar, and Victoria Lawrence on the tuba. However, just as frequently Fern recruits talent from all over his hometown’s historic community of musicians. In pre-Covid days you could find The Foes of Fern in its every changing form gracing the stages of Asbury’s famed boardwalk and the surrounding area.

Fortunately, in the interim, Fern is still releasing new music for fans and foes to enjoy. The single, “Out of Our Heads” is a new version of a song the band originally released in 2015. The track opens with a big beat and an instantly catchy melodic guitar riff. As the rest of the band joins in, that riff builds with cool guitar and keyboard harmonies. For the next four minutes we’re treated to a high-energy and hook-filled rocker. The only pause comes during the bridge in the form of a really nice multi-part vocal harmony break.

At first listen, “Out of Our Heads” sounds like a break-up song. But a closer look at the lyrics reveals a bit more going on. There is definitely a personal story about a lost connection. However, there is another message here. As Fern sings, “all the worlds you used to hear, get ’em out of your head,” the story turns to breaking free from fears and negative thought processes. Just below the surface of this fun, rilloicking song, there is a backstory known only to the singer. But the emotion is clear and relatable.

Follow the links below to connect with The Foes of Fern. Stay in the loop on all of their current and future projects. You can listen to “Out of Our Heads” on the Deep Indie Dive playlist.

Hear The Foes of Fern on the Deep Indie Dive playlist