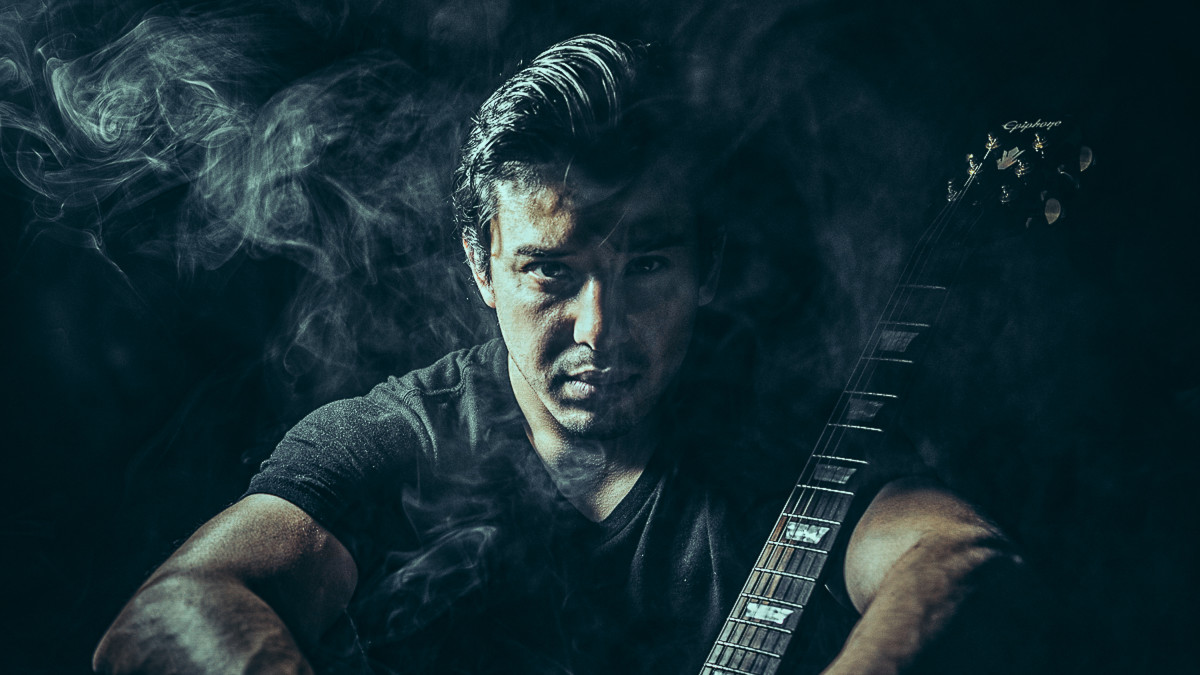 Vidal is a songwriter and producer from San Jose, California. He made his solo debut earlier this year with the single, “Prequel.” That song has already received over 30,000 spins on Spotify. With it he introduced his wildly creative genre-bending sound. Earlier this week the independent artist released his follow-up single. Once again, Vidal brings together multiple musical styles and breaks brand new ground.

“The Devil’s Eyes” opens with a cool jazzy intro of smooth electric piano chords. Vidal enters the mix, speaking in a low R&B slow jam voice. Trap hi-hats launch the beat and the song slowly moves into a hip-hop groove. Every piece of the puzzle originates from a different musical world, but somehow they fall together into a cohesive whole.

Over an old school Hip-hop groove he tells a tale of romantic confusion. As his story unfolds, the lines between right and wrong become blurred. Vidal, describes the song as, “a song about the battle between self love, romantic love, and self destruction. The song is meant to personify the struggle between being your own worst enemy and self love and how different aspects of your life can get caught in the crossfire.”

From its ambient piano moods, Hip-hop groove and dark and bluesy guitar solo, “The Devil’s Eyes” is an adventurous song that defies classification. Check it out on the Deep Indie Beat playlist. And follow the links below to connect with Vidal. Stay in the loop on all of his current and future projects.

Listen to Vidal on the Deep Indie Beat playlist