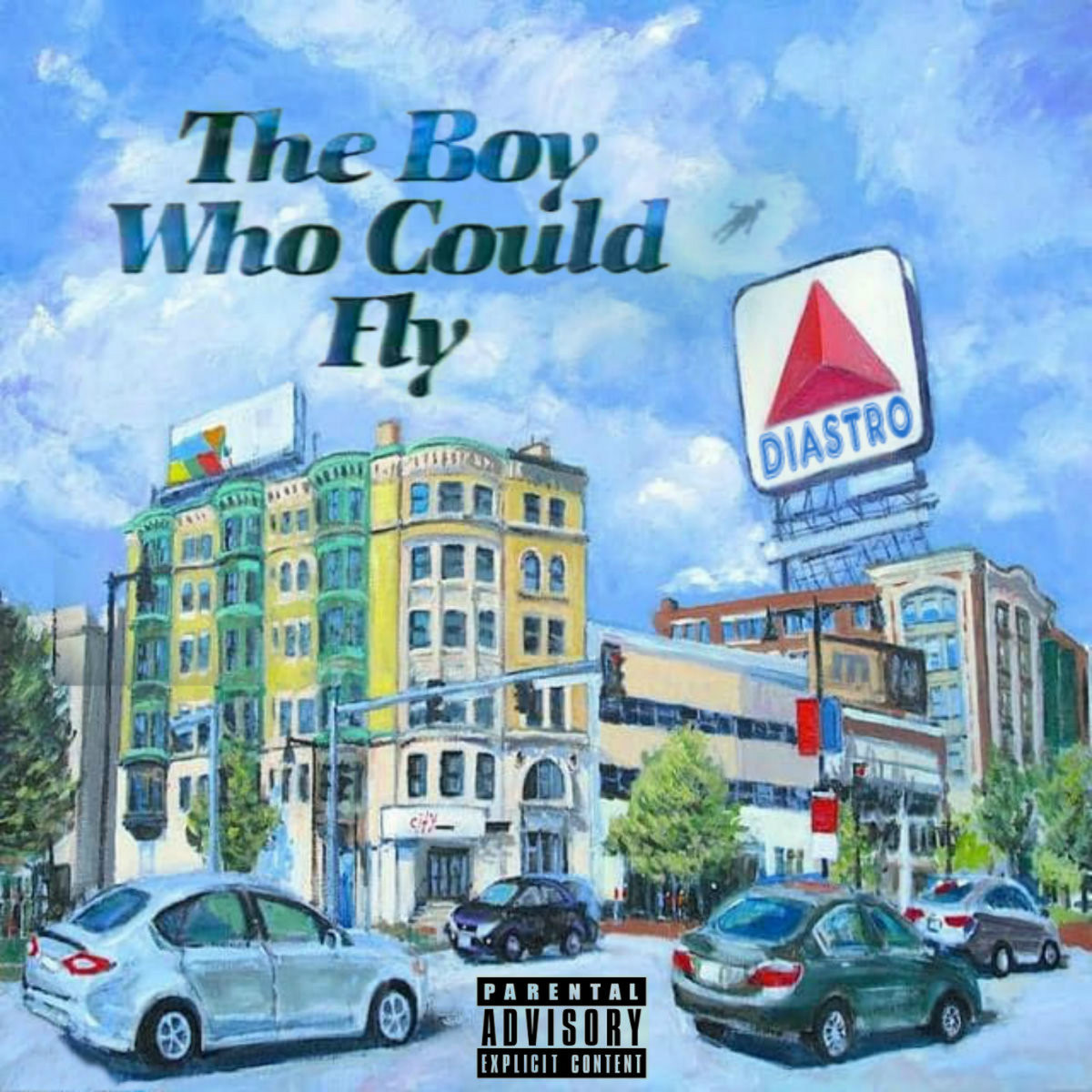 It is the end of the world as we know it, and Diastro feels fine. Well, not really. But he is trying in vain to convince himself and the rest of us that “everything is going fine,” despite the fact that society is crashing down around us. Diastro is Devin Keith, a Boston based musician, actor and “comedy rapper.” His 2019 album “The Devin Keith LP” was a local cult favorite in Beantown. And he recently starred as aspiring rapper “Eric Barnes” in the Dramedy Web series “Code Green.”

Now the multi-talented and slightly off-kilter artist has released a brand new record, which he refers to as “The Soundtrack of the Quarantine.” The album is the fun and slightly schizophrenic story of a Dad in quarantine with his family. Oh yeah, he is also tripping on psychedelic mushrooms. He may not be winning any awards for parenting, but listening to his insanity is a good time.

The record is as timely as today’s news. It opens with two tracks that work as two parts of the same whole. “Skywalk” and “Still Here” have some fun with foolish souls who are happy for no good reason. From a hilarious imaginary $20 flight to the Bahamas, to hangover and boredom induced dormancy, Diastro sings and raps over 1970’s style Adult Contemporary Pop music. Lawrence Welk strings are paired with old-school Hip-Hop beats to create a perfectly surreal vibe.

The album doesn’t stay in the same lane for long though. Diastro gets pretty experimental on subsequent tracks. “Paradise” is a real high-point (pun intended). The song finds him dropping serious rhymes in a slightly less comedic, but still insane rant. Musically the track moves from guttural robotic noises to Jungle beats and finally to a dark avant-garde Revolution 9 style mix of sampled voices and classical music.

The title track, “The Boy Who Could Fly” starts with a mellow guitar and then explodes into an intense mix of hardcore Punk and Speed Metal. If elsewhere on the album Diastro is willfully ignorant and happy in the face of Armageddon, on this song he is determined to hasten the world’s demise. He sings, “I want to tear down the walls and shed light on this whole town, burn it to the ground.”

Songs like “Birds and Bees” and “Still Happy” return to unjustifiable feel-good vibes. The former is a funny and completely inappropriate version of “the talk” with Diastro’s son. The latter sums up the theme of the record, still happy as everything falls apart.

“And One More Thing” is a change of mood entirely. The song is a quiet mellow moment as the singer laments the reality of a sad world. Over quiet piano chords he sings a touching goodbye to his loved ones. The final track on the album is a slightly angry, yet otherwise musically faithful, ukulele (ala Israël Kamakawiwo’ole) version of “Somewhere over the Rainbow.” It is an appropriately insane moment of Zen to close out a record that is one part commentary on the dissolution of our society and one part bad mushroom trip. And really, isn’t that what 2020 is all about?

“The Boy Who Could Fly” is available via Bandcamp and Cult Muzic. Follow the links below to connect with Diastro.

The Boy Who Could Fly @ Bandcamp