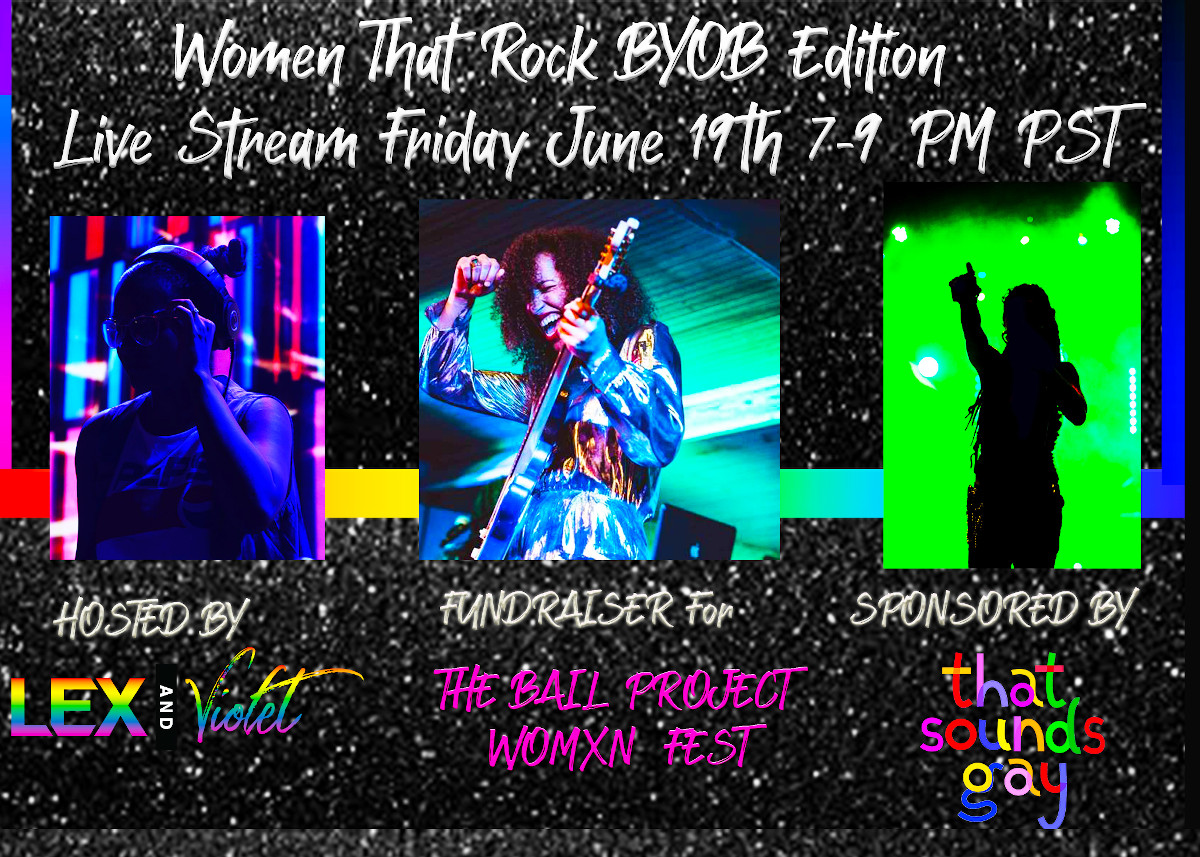 Due to today’s hardships, turmoil, and the world’s pursuit for imperative change, the female music community and LGBTQ community have decided to come together to hold a music event that represents acceptance, awareness, and compassion through music. Lex Wolfe and Violet Grae will be hosting a live stream event BYOB. We will be teaming up with the highly respected and ground-breaking female platform Women that Rock.

The event will be taking place 7-9pm Friday, June 19th PST. Each act will consist of strong women and  advocates for the LGBTQ Community. The lineup for the evening includes: Lex Wolfe, Violet Grae, Dilana, SUVI, DJ Annalyze, and Jackie Venson.The event will be soliciting donations towards The Bail Project and the WOMXN fest, a festival showcasing women and non-binary artists, taking place the following week.

About BYOB and our mission:

Where and when to tune in: