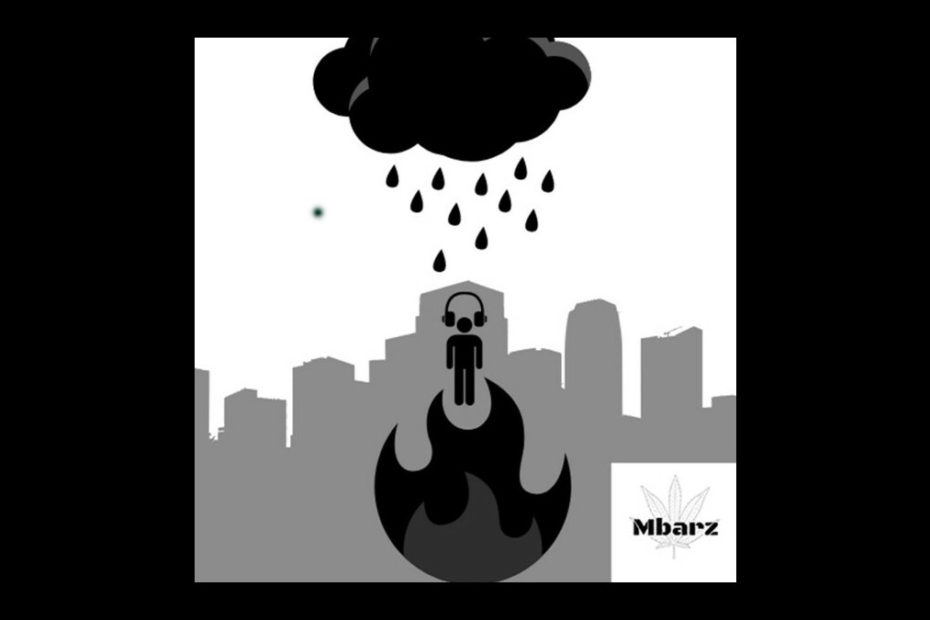 Mbarz is the professional name of aspiring Hip-Hop artist, Maxim Barac. New on the scene, the artist has taken an interesting path into a life of music making. Now based in Germany, Mbarz was raised in NY and went to college as an Accounting major. The first chapter of his adult life reads like a typical venture into the corporate world. That all changed last year.

In January of 2019 Mbarz lost his office job. However, he turned that adversity into opportunity by seizing on his passion for music. He put pen to paper, started writing rhymes and dove into the thriving Berlin Hip-Hop scene. Despite his late start the rapper has quickly made up for lost time, releasing an EP, a full album and a number of singles in the past year. “Rain Drops” is the track that started it all and the song is still racking up some serious numbers with nearly 200K spins on Spotify.

The song opens with a cool lo-fi groove intro. Then the beat drops into an old-school 90’s style Hip-hop breakbeat rhythm. A grungy analog synth bass holds down the low end as airy melodic chimes join the mix to create a mellow ambiance. Once the rhythm track is set, Mbarz cuts into a non-stop stream of consciousness rap. With rhymes full of clever pop culture references and creative visual metaphors his style takes on a smart poetry-slam vibe. Although he is new to the game, Mbarz has already established his style as he drops autobiographical breadcrumbs about love and Hip-hop.

Check out “Rain Drops” on the Deep Indie Beat playlist. And follow the links below to connect with Mbarz. Stay in the loop on all of his current and future projects.