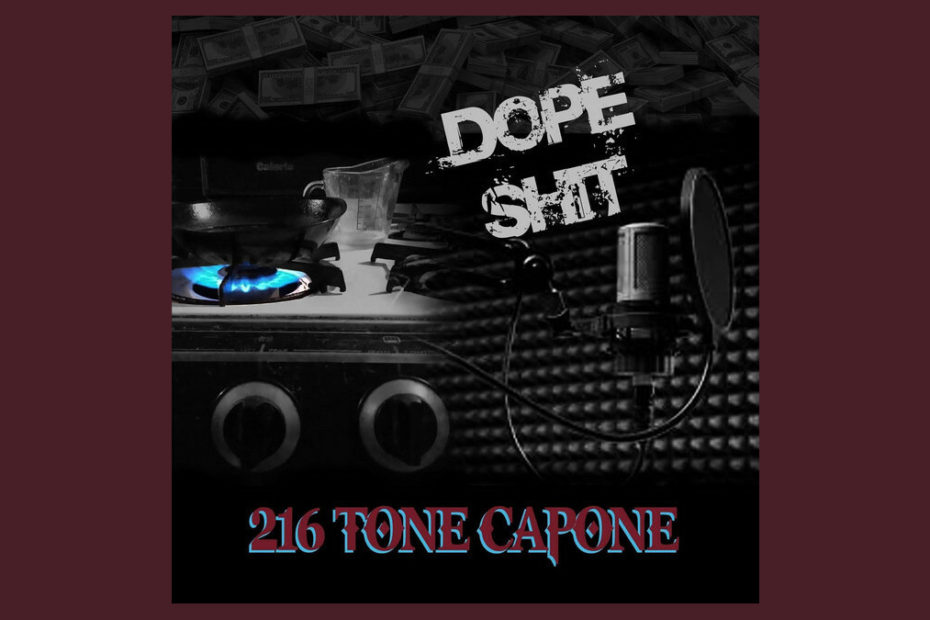 216ToneCapone is a brand new aspiring Hip-hop artist from Cleveland, Ohio. He debuted earlier this year in a big way with the sixteen track album “Dope $hit.” Since that time the artist has racked up some impressive numbers. Most of the tracks on the album have earned upwards of ten thousand spins on Spotify. At the time of this writing his artist profile has over 39,000 monthly listeners. Those are huge stats for any record, let alone a debut.

“Swerving on Em” is his current single from the record. The song is already connecting with listeners worldwide. The tune rides on a chill Trap beat with a cool orchestral backing track. As the groove rolls along 216ToneCapone raps about his various potential victims as he cruises through Ohio streets, “swervin.” The track has a great melodic rap hook in the chorus. Tone’s rhymes are gangster, but with a sense of humor. He writes about the reality of his surroundings.

I’m from Cleveland Ohio where nothing is given and everything is earned. I grew up in those mean streets just trying to make it to the next day. So I decided to take the lessons learned and struggle I’ve been through and share it to the world with my music.

Check out “Swerving on Em” on the Deep Indie Beat playlist. And follow the links below to connect with 216ToneCapone. Get on his socials and keep in the loop on all of his current and future projects.