Metatone Rock A New Scottish Twist on The Seattle Sound 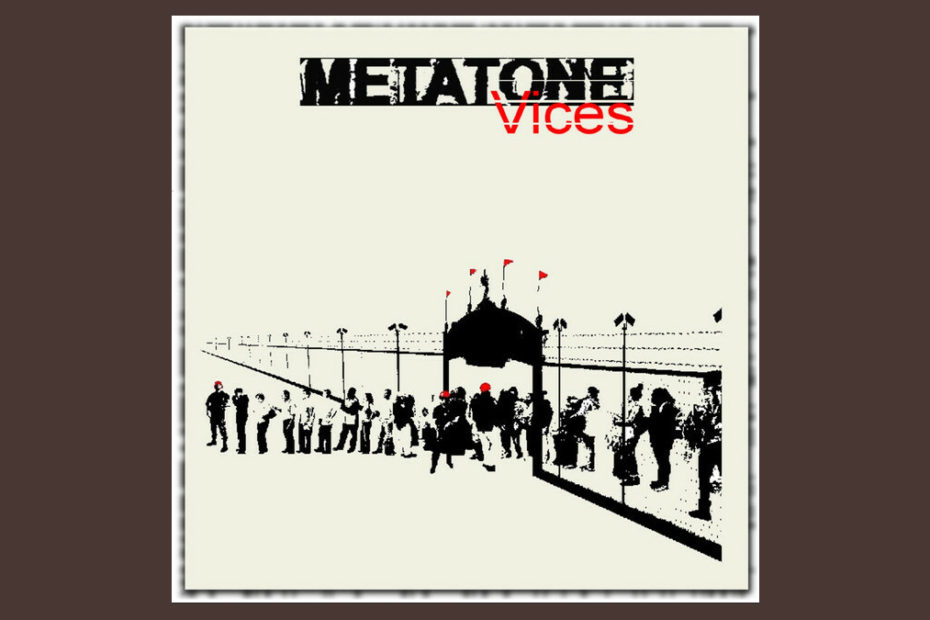 Scotland’s Metatone are doing things on their own terms. Although they have just released their debut single, the Grunge Rock three-piece originally formed ten years ago. Each member of the power trio (Andy Colliar on guitar and vocals, John Hughes on bass and vocals, and Rod Habeshaw on drums and vocals) was a twenty year veteran of the Indie Scottish music scene before coming together. Each played hundreds of shows in their tenure. In Metatone they shifted their focus, making music for its own sake. They took their time and enjoyed the process.

Then the pandemic happened. It’s a phrase repeated often here at The Static Dive. 2020 will be remembered for alot of things. In the world of independent music it will be remembered as a time of massive creativity and productivity. Across the world, musicians used their time in lockdown to write and record new music. In the case of Metatone, it meant finally putting the work of the previous decade to tape. Their forthcoming EP was recorded by the band, and mixed and mastered by Michael Brennan Jr (Producer for Super Furry Animals, FOH engineer for Faith No More, The Jesus and Mary Chain) of Substation Studio during the Covid 19 pandemic in April and May 2020.

“Vices” is the lead-off single, released September 4, 2020. The song is an excellent introduction to these veterans of the international DIY post-punk scene. The band’s style is firmly rooted in the Seattle Sound of the early 1990’s. The track is a cool mix of grungy garage rock and smart Pop craftsmanship. Jangly trashcan power chords churn over a hard-hitting beat, carrying a memorable verse. The song takes clever melodic turns before shifting to its catchy chorus.

Lyrically the track dissects the psychological hold that bad habits and addictions have over our simple human minds. We are voluntary masochistic puppets, and our vices are the puppeteers. Or as Metatone says, singing from the perspective of our additions, “We are the ghosts that live under your skin, you let us in.” The creepy premise and thumping groove bring to mind the Toadies‘ classic “Possum Kingdom.” It’s an aesthetic reinforced by the creepfest “Vices” video. For that, the band compiled footage from the 1972 horror film, “Silent Night, Bloody Night.”

So far this year has been a busy one for Metatone. They were included on Substation records’ ‘C19 House Music’ compilation alongside tracks by members of Faith No More and The Jesus and Mary Chain. They have been featured on the Tom Russell Rock Show on The Max, and they are now on the bill of Scotland’s Grungefest 2021. Check out “Vices” on the Deep Indie Dive playlist and follow the links below to connect with the band. Stay in the loop on all of the news, including the upcoming release of their new EP.