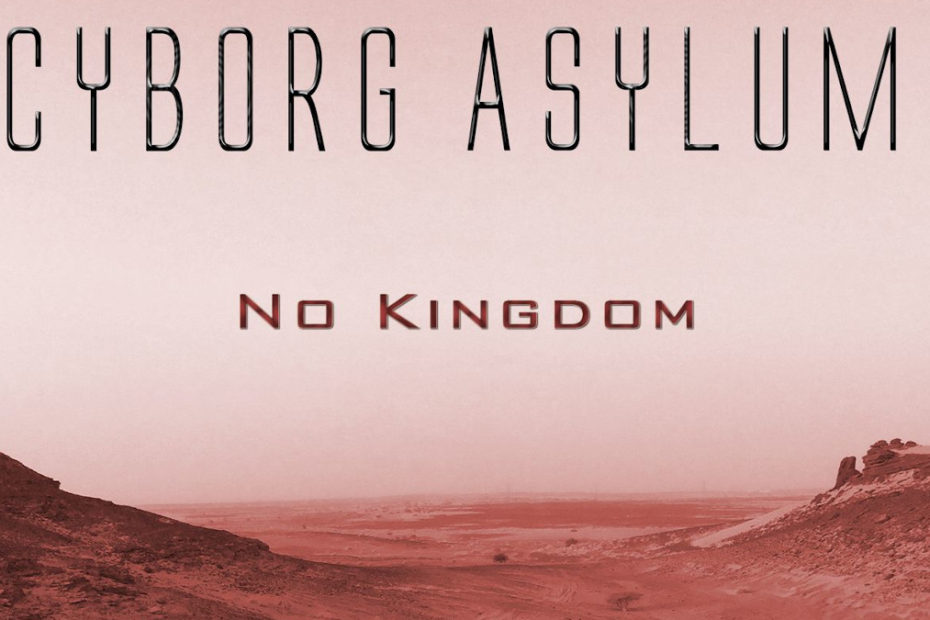 We first heard from Cyborg Asylum in August of this year, upon the release of their single “Invincible.” That was a futuristic re-imagining of Pat Benetar’s 80’s classic. The song introduced us to the creative team of David Varga (producer) and John Tumminia (vocals and guitar). The two New York City-based multi-instrumentalists work together to create mesmerizing industrial Rock and Electronic soundscapes.

Since their 2017 release of their debut album “Never Finished, Only Abandoned,” Cyborg Asylum have dropped a steady string of singles. “No Kingdom” is the band’s latest track, released July 29, 2020. The song continues the duo’s tradition of cinematic, Sci-Fi future Rock.

“No Kingdom” sounds like the theme song to some cool futuristic Science Fiction movie we haven’t seen yet. The track is built on a mix of 90’s Alternative Rock and 80’s Progressive Rock themes. The retro-future influences give the song a timeless feel. Nine Inch Nail samples and production meet Heavy Metal, low-register guitar riffs and layers of harmonized vocals.

Lyrically the song is told from the perspective of a man lost with nowhere to go, no kingdom to turn to. It feels like the premise to a movie that we want to see. Each player is in top form and Tumminia delivers an excellent performance. There is some particularly rocking guitar, soaring vocals and even a short rap section.

You can hear “No Kingdom” on the Deep Indie Dive playlist. And follow the links below to connect with Cyborg Asylum. Stay in the loop on all of their current and future projects.