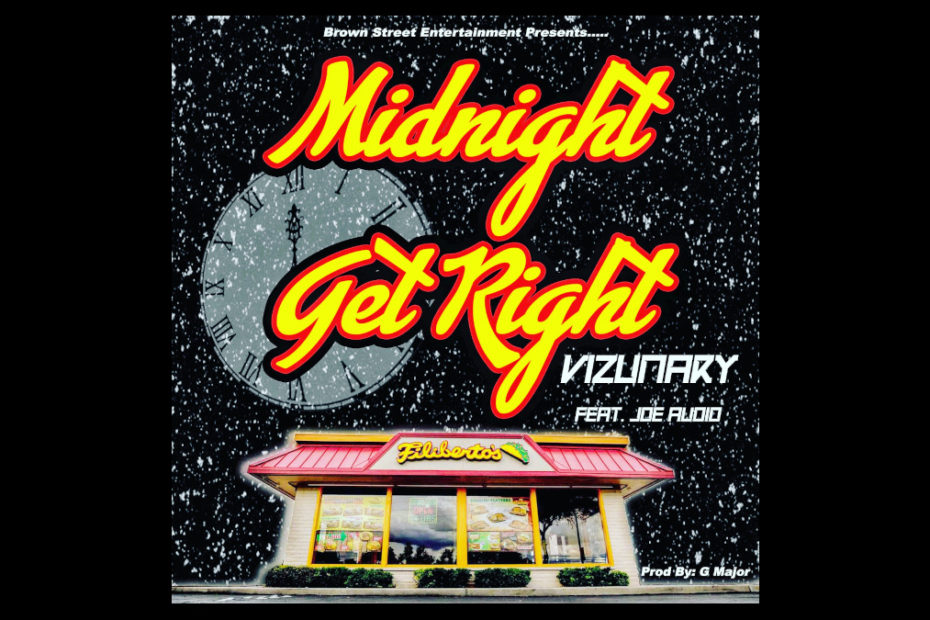 Vizunary is the professional name of rapper and songwriter, Hector Viz Guzman. He has been dropping his unique Hip-hop vision and flavor since the release of his debut album, “Vizunz Vol. 1: The Beginning” in 2007. The attention he received from that record spawned three years of gigs, mixtapes and a growing popularity locally in Phoenix and regionally, throughout the State of Arizona.

More music followed with his collaborator Joe Audio. That led to even more activity on and off the stage. At the peak of popularity, Vizunary decided he needed to take a step back. On a partial hiatus over the course of the subsequent decade, the rapper released only a handful of singles. Despite the break, he still managed to land some big gigs. In that time he opened for legendary Hip-hop artists like; Capadonna of Wu-Tang Clan, Bone Thugs-n-Harmony, and Nipsey Hussle.

“Midnight GetRight” marks Vizunary and Joe Audio’s full-time return to Hip-hop.  The track is the first single from their forthcoming album “Vizonz 2: Game Face.” With elements of Trap and old-school, the duo take us on a midnight burrito run. There’s nothing more majestic than fast food burrito when you’ve got the munchies. Vizunary get’s right at his favorite late night joint, Filiberto’s. It is silly and fun bit of Hip-hop funk.

“Midnight GetRight” is available on all major streaming services. Check it out on the Deep Indie Beat playlist. And follow the links below to connect with Vizunary. Stay in the know on all of his future projects, especially his soon-to-be released album, “Vizonz 2: Game Face.”