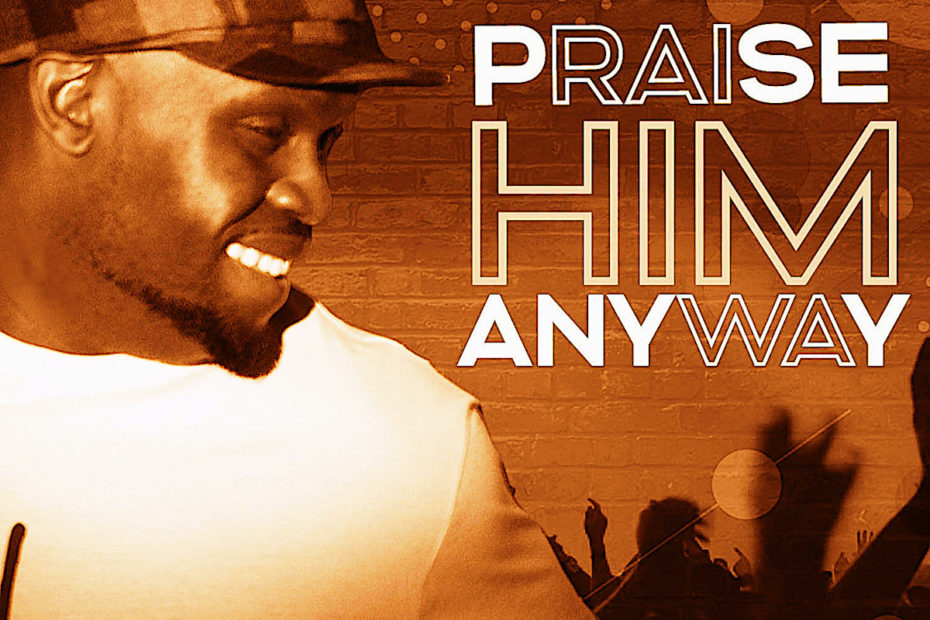 AR Base is a multi-faceted singer and songwriter from Inglewood, California who has made a career of mixing musical styles to spread his message. His music fuses Hip-Hop, R&B, Pop, Gospel and Neo-soul into a faithful and funky vibe. Throughout his career, AR Base has worked with legends like Stevie Wonder and Patti LaBelle.

From his own recording studio in Southern California he has produced award winning Gospel records “Praise in the Fire,” awarded Akademia’s Best Gospel Song in 2015 and “Grievous Words” in 2018 which was handpicked for Spotify’s Editorial “Fresh Gospel Playlist.” His music has been featured on Soul Tracks, PM Studios World Wide Music News, and was recently on Jesus Wired.

“Praise Him Anyway” is AR Base’s newest single, released November 6, 2020. Teaming up once again with his frequent collaborator, producer Shawn Hibbler, he drops an uplifting Gospel dance jam. The track opens with a soulful vocal intro before it kicks into a mellow groove.

EDM elements bubble under the surface, creating a powerful energy. AR Base’s smooth R&B vocal sets a serious but joyous tone. As he runs through the hardships we are all facing in 2020, he ultimately comes to the decision to choose his faith over despair or defeat. It is an inspiring and emotional message.

I write my songs for everyone. The downtrodden, people who have fallen or given up. I want them to succeed in every area of their lives, so they can lay aside the weights that are holding them back and run the race before them.

Check out “Praise Him Anyway” on the Deep Indie Beat playlist. Follow the links below to connect with AR Base, his music and his mission.

AR Base on the Deep Indie Beat playlist