The Judex Fight For the Soul of Rock & Roll 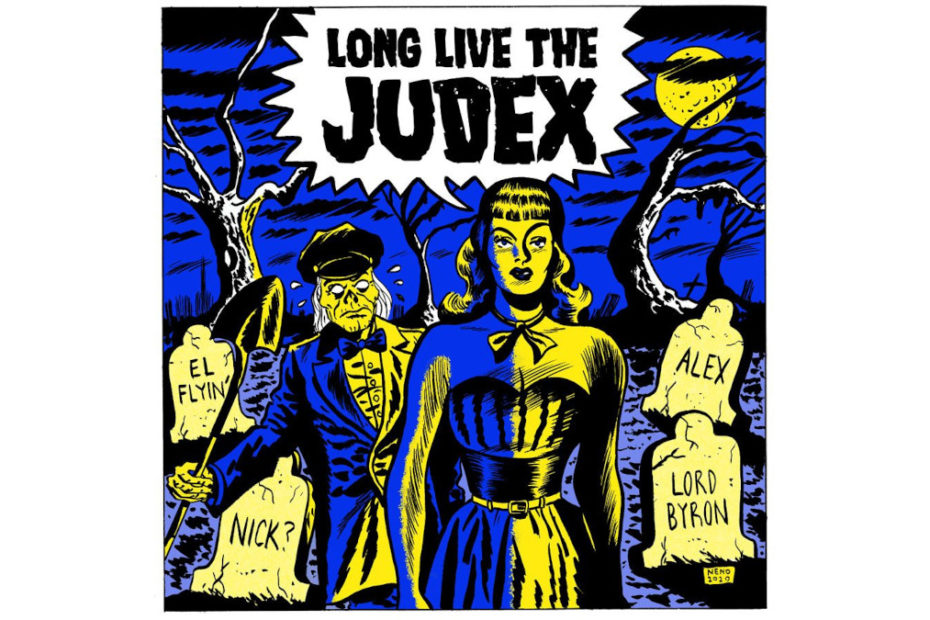 The Judex are a Rock & Roll band living at the crossroads of Punk and pulp fiction. The Philadelphia, Pennsylvania group exists in a timeless Pop Culture bubble that morphs together 1950’s biker gang culture with the proto-punk movement born in the dive bars of Detroit and New York in the early 1970’s. Naturally the entire vibe is presented visually with a B-movie, graphic novel aesthetic and a healthy dose of Reefer-Madness level melodrama.

There is vague the suggestion of a deeper theme at work in the whole Judex story. The band takes it’s name from a mysterious French pulp-fiction hero. The Judex was an avenger in the night, the classic dark vigilante working fighting in the dark against the darkness. However, Rock & Roll is the only weapon available to the band The Judex.

Of course, at the heart of it all is the music. Since their 2017 debut, The Judex has released a series of singles and EPs. With each record they have further defined their sound, and their story. Their latest is the thoroughly satisfying 6-song EP “Long Live The Judex,” released on Bandcamp November 13, 2020.

From the first hollow-body power chord of “Be Mine,” the band makes it clear exactly where they are coming from. We feel like we’ve just stepped into a garage in Forest Hills, Queens where a group of teenagers calling themselves The Ramones are practicing for their debut gig at CBGB. On the wall are posters of Iggy Pop and The New York Dolls.

“Summer Never Ends” combines the crunch of a rolling, blues-infused Classic Rock riff with a Beach Blanket Bingo mindset. The band really cuts loose on this one. Drummer Alex and bassist Nick Stance lay down a solid groove and guitarist El Flyin’s doles out a ripping Acid-Rock guitar solo.

Throughout the record, vocalist William (Lord) Byron strikes the perfect balance between Punk Rock frontman and doo-wop crooner. There is no better example than on the 6/8 greaser waltz of “Sweet Hatchback.” From there the band kicks backs into a classic punk stance. “Enter Madame” throws in 1:37 of dark magic while “Affair of the Poisons” dips its toe into a bit of early 80’s hardcore.

The record ends on “Harbor Moan.” It is probably the most adventurous musical arrangement on the EP, as the band dives deep into classic rock psychedelia. The song brings to mind some of The Stooges trippier stuff, when they would knock on the door of The Doors’ sound. As the final feedback guitar note collapses, it is clear that The Judex owes us nothing. They have done their part. They now return to the shadows, preparing for the next battle for the soul of Rock & Roll.

Check out the band’s video about the making of “Long Live the Judex,” above. And follow the links below to connect with the band.

Join the Cult of The Judex: