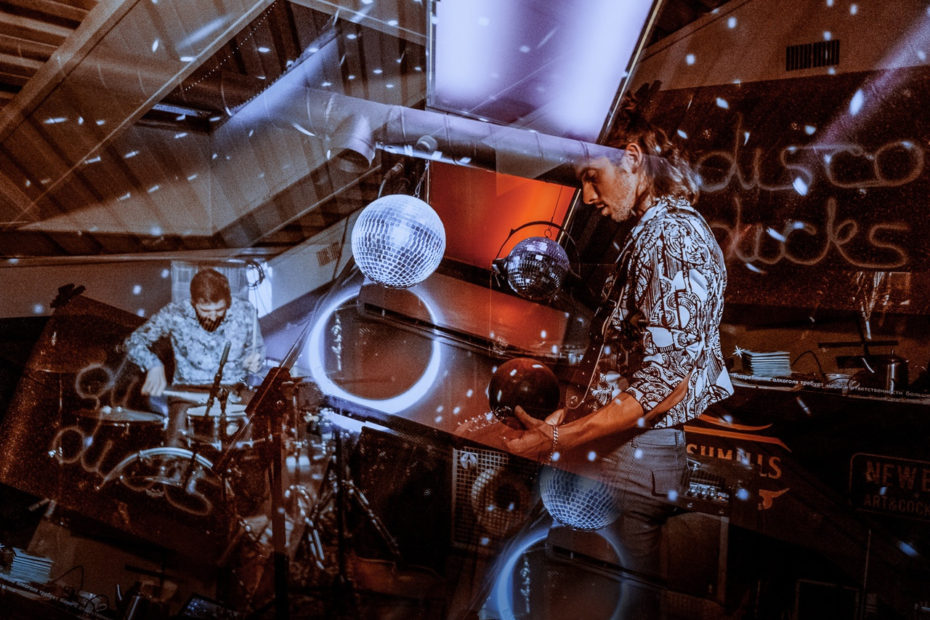 Disco Dicks are an interesting duo. They are a German drummer (Stefan) and a Dutch guitarist (Rutger) who have come together for a unified mission, “to bring Rock & Roll to EDM.” The two originally met when they were studying together at University. They performed in a number of different groups before landing on their current project. Equally influenced by the likes of Daft Punk and Jimi Hendrix, they play music inspired by the electronic world but do so without the use of any actual electronics.

Since they debuted in 2018 with their psychedelic interpretation of “All Along the Watchtower,” the band has released a string of singles that further explored their adventurous mission. Their sound is built on the truly visionary approach each musician takes to his instrument. From Stefan’s syncopated stylings and unconventional choice of drum kit components, to Rutger’s atmospheric effects and creative chord voicings, Disco Dicks have carved out a unique sonic niche.

“Apollo” is the duo’s latest single, released November 13, 2020. The track is a slow simmer with a sexual energy rising to a low boil just beneath the surface. It opens with a very groovy kick drum and side stick snare rhythm. A pulsing bass drives the groove forward as ethereal guitar chords rise from the ground and dissipate into the ether. The song rolls on for nearly seven minutes as Rutger delivers a soulful meditation on the confusion of love and the balance of fidelity and freedom. The track sounds like a Trip-Hop remix of a classic U2 song. However, there is no remixing here. These guys are playing every note.

Check out the video above of the duo performing “Apollo” live in their Dutch Datscha Studio in Mannheim, Germany. You can also hear the song on the Deep Indie Dive playlist. Click the links below to connect with Disco Dicks, and follow them on their unique musical journey.