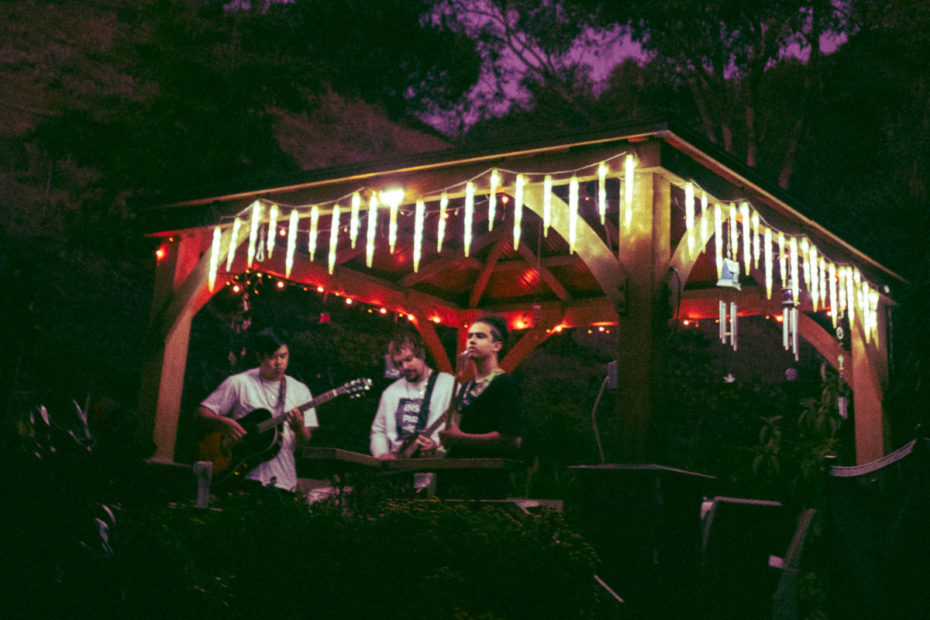 Bloo Lip is a new three piece Indie band from the San Francisco Bay Area. The band formed at the dawn of 2019 after longtime friends Marcel (vocals/guitar) and Giovanni (bass guitar/guitar) met Victor (drums) at a San Jose Guitar Center. The three bonded over a mutual appreciation for legendary bands such as Nirvana, Metallica, Tool, and The Strokes and a shared adventurous genre-bending spirit.

After gigging around Northern California a bit, the trio released their first singles earlier this year. “City Lights” is the band’s latest, released November 20, 2020. This will actually be the first version of the song, with an alternate interpretation due with the release of their forthcoming EP.

“City Lights” opens with a mellow and intricate acoustic intro. Marcel sings a melodic lead vocal over Jazzy 7th and 9th chords. The lush progression remains the foundation of the track as it progresses through various phases of Indie Folk and Rock.

At the heart of the song is the cinematic performance and sweeping melody of the lead vocal. With its combination of classic Pop vocals, Alt-Rock instrumentation and meditative lyrics the song has the feel of a Jeff Buckley tune but with a looser Indie Rock feel. It’s a great sound.

Check out “City Lights,” above. You can also hear the track on the Deep Indie Dive playlist. Follow the links below to connect with this exciting, versatile band. Get in the loop on all of their current and future projects.