Cellar Vessel – Death Metal, Smooth Jazz and the Vein Beneath The Soil 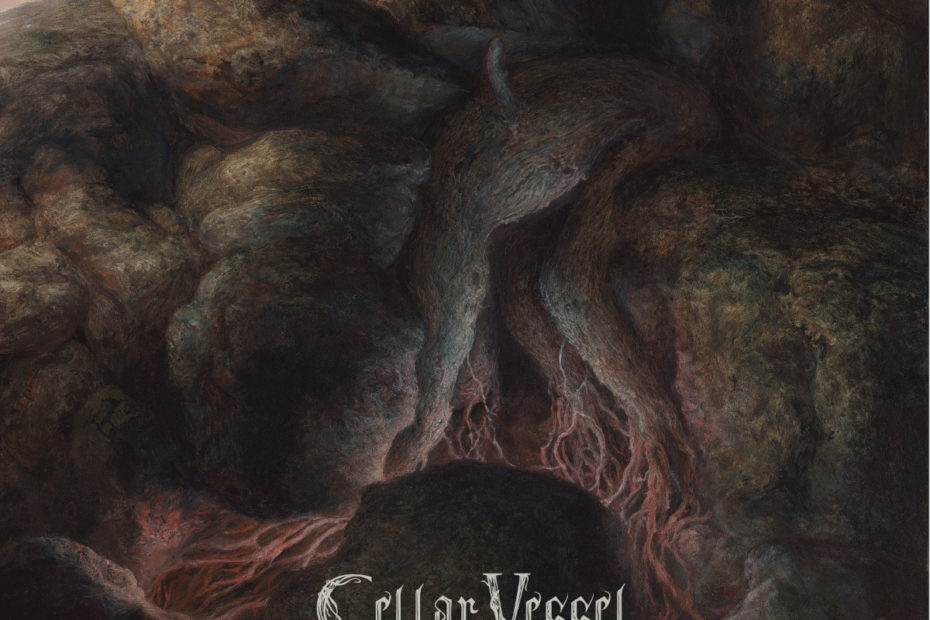 Cellar Vessel is a complex Metal project, years in the making. In 2013, after spending months writing music in his dorm room, songwriter and multi-instrumentalist Jake Schreuder placed an ad seeking “musical introverts’ ‘ to help him bring his elaborate compositions to life. His sole responder was extreme drummer, Chris Navarro.

The two formed an immediate friendship and launched a collaborative process that would push them both to expand their preconceived notions of their own and each other’s musical abilities. As they wrote increasingly more complex pieces, the two pushed one another to rise to the challenge. When Navarro said his double bass speed limit was 190 BPM, Jake wrote a song at 191 BPM. And so went their evolutionary process of creation and friendly competition.

The duo worked on music together for three years, composing the intricate pieces which would eventually become their debut album, “Vein Beneath the Soil.” However they were still lacking a vocalist until a friend recommended Death Metal growler, Dario Scotto. The team was now a trio as Scotto joined their exacting writing process with his own matching perfectionism. The singer’s guttural power gave the Art-Rock Metal band a hard edge and helped define their sound. Cellar Vessel was born. They spent the next four years writing, recording and perfecting their music. During this time they also played a series of gigs in support of nationally renowned acts.

Life progressed as it always does and eventually the Bozeman, Montana musicians were geographically divided. However, they continued on their project undaunted. They worked together, each in isolation from his own remote location. Finally, after eight years of hard work the album was complete. On October 10, 2020 the members of Cellar Vessel released their eight song debut to the world.

Vein Beneath the Soil

“Vein Beneath the Soil” is an ambitious and nuanced musical accomplishment. The record’s primary genre is Metal, with an emphasis on the “Speed” and “Death” subgenres of the field. However, within that framework the band takes a number of surprising and deeply rewarding left turns. The record opens with the sweeping classical piano intro of “Murk.” The cinematic flow of the piece is a recurring vibe throughout the record. At the one minute mark the song explodes into a wall of sound. Layers of guitars match a snare and double bass drum assault as Scotto tears into his unholy howl.

As the record progresses we meet unexpected tempo changes and stylistic shifts at every turn. On “In a Regal Age Ran I,” orchestral strings meet the band’s signature Metal thunder, only to float into a sprawling Gothic ambient bridge. It’s a wild record, where Schreuder’s Megadeth-worthy speed metal guitar riffing morphs into Pantera-like grooves and Rush style Prog-Rock.

The dark poetry of “Slumber” explodes into Navarro’s kick drum insanity of “Narcissus.” “Slither” opens with wild, circular guitar and bass riffing only to later shift into a Smooth Jazz saxophone interlude. However, soon the band returns to Metal mayhem. All the while Scotto summons the forces of evil, by even going so far as to quote apocalyptic verses from the Book of Revelations on the final, epic 11:05 closing track “Of the Earth.”

The new album “Vein Beneath the Soil” by Cellar Vessel is a rich collection of painstakingly composed and executed Rock & Roll. Every note of every measure was chosen with intent and purpose. It is a labor of love from three very talented musicians who poured everything they had into a record that Metal fans of all stripes will find infinitely satisfying. Check out the video for “Narcissus,” and listen to the song on the Deep Indie Dive playlist. Follow the links below to connect with Cellar Vessel. Stay in the loop on all of the current and future projects from this talented trio.