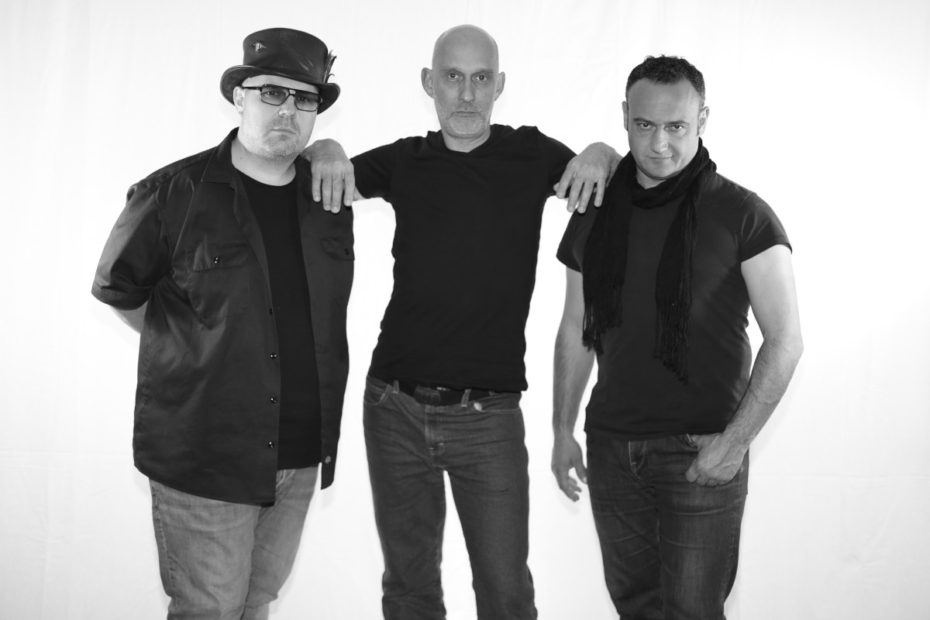 So Human is an international Rock & Roll band who came from humble beginnings, but now have a grand vision. The band was originally formed in high school by three friends; Joe Hubert (Vocals, Bass, Composer, Lyrics), Alex Bart (Guitars, Keyboards, String Arrangements, Programming, Engineer, Grammy nominated Producer), and Alex Barefeet (Drums, Percussion, Programming, Composer, Writer). Although it has been a long time since graduation, the trio is still a team. Over the years they have studied together to become expert musicians, engineers, writers and filmmakers.

Though they have each worked on many high profile gigs over the years, the band is just now releasing their debut album. “Power for the Fools” (November 25, 2020) is the first installment in a planned three album set. It is a concept project, with each record representing a chapter in a larger novel. It is the story of a lost soul fighting his way through emotional issues and drug addiction. Ultimately he is seeking, and presumably finding, an enlightened epiphany. We can’t know for sure yet though. We only know the first chapter. We listen as the protagonist (a Bear) takes the first steps of the journey. It is a story full of metaphor, an allegory for the times.

Musically the record is a wonderful ride through the decades of Rock & Roll. At its heart, “Power for the Fools – Season One” is an Art-Rock record, in both its concept album nature and in the intricate composition and musicianship. Throughout songs like “I’m a Fool ”, So Human moves smoothly from acoustic Folk/Rock to Jazz and then Heavy Metal. The band mixes Rush-style complexity with Pink Floyd storytelling and Moody Blues mysticism. Tracks like “The Ride” and “Vision” mix acoustic music with Metal Funk, while tracks like “Adelie,” and “Renegade” have very modern elements of Lo-fi and Indie Rock.

Each member of So Human is at the top of his game. Their performances are exemplary, but what I find most impressive is the players’ ability to take on the style of each genre the band tackles. Whether it is a tremolo guitar in “Bakienta” or every step of the Epic “Sun Dance,” each player approaches his performance like a producer by putting the song above all else. There is no better example than Joe Hubert’s remarkable and versatile voice. He shifts from 60’s psychedelia to 80’s Metal at the drop of a hat, whenever the song calls for it.

“Power for the Fools – Season One” is an excellent record that finds a talented group of artists unafraid of exploring what popular music can do, and what it can mean. The album is also a great listen for any fan of Rock & Roll in it’s many flavors. Check out the video for “The Ride,” above. You can also hear the song on the Deep Indie Dive playlist. Follow the links below to connect with So Human. Get on their socials, and follow the Bear to his (hopefully) happy ending.

So Human on the Deep Indie Dive playlist