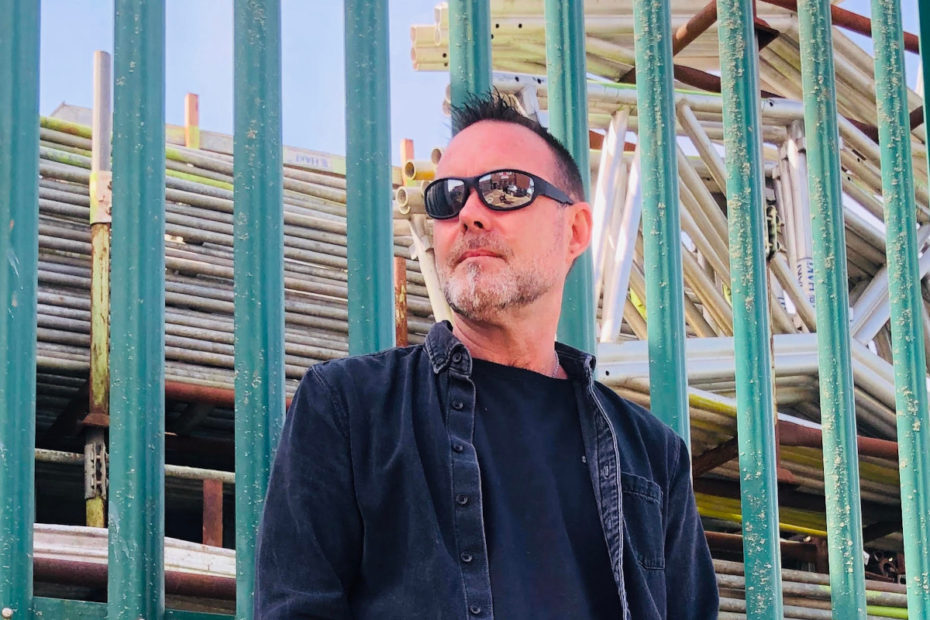 Danger Line is the latest musical project from singer/songwriter Ashley Carr. The Exeter, UK band debuted in May 2020 with their eponymous single. Since then they have dropped a steady string of releases. Their latest is an acoustic cover of the 2005 Stereophonics hit, “Dakota.” The Static Dive sat down (virtually) with Ashley to talk about Danger Line, the song and the future. Check out the conversation below and listen to “Dakota” on the Deep Indie Dive playlist.

8 Questions with Ashley Carr of the band Danger Line

Ashley Carr: I am South African born, having lived in Durban most of my life. Since 2016 I am based in the UK, Exeter, Devon.

AC: I wrote my first song at the age of 17 and joined my first band aged 19. From an early age I went to music lessons to learn the organ, however I was more prone to pick up the guitar. I am a self taught guitarist.

AC: Mick Cole is our bassist and can be relied on to come up with unique and catchy bass lines. Steve Peacock is the lead guitarist and he has toured South Africa with me doing the festival and gig circuits.

AC: There are so many, I guess the main influences hail from the great 90’s rock bands, Chili Peppers, Nirvana, ACDC, Pearl Jam and so on, although I have a massive appreciation for most genres of music and modern artists like Nothing but thieves, Yung Blood, Circa Waves and Thirty Seconds to Mars.

AC: I am always drawn toward people who are grounded and have the ability to be humble and truly caring without expecting anything in return.

AC: I front a popular local cover band who focus on playing rock anthem covers and “Dakota” is just one of those special songs that I really enjoy performing. After being asked to do a solo unplugged set at a festival recently, I did an acoustic version of the song. It went down so well that I decided to release it as a more chilled, acoustic version of the original.

AC: Danger Line have been booked to headline a festival in Brighton next August so planning is underway to do a UK tour in the summer, Covid willing. We also have some really exciting new releases which we are working on and plan to release an EP in April. We have recently finished working on one of the songs where we collaborated with a popular midlands based rap artist, rock meets rap, and it came out so well. Doing more collaborations will definitely be in the pipeline.

AC: My motto is: ‘Friends, not fan’, so a big thank you to all our friends who have listened to our music since May, we really didn’t expect such quick growth. It’s been a crazy year and we live in hope that one day soon live performances will start to go ahead again and we can get out there to entertain our friends.