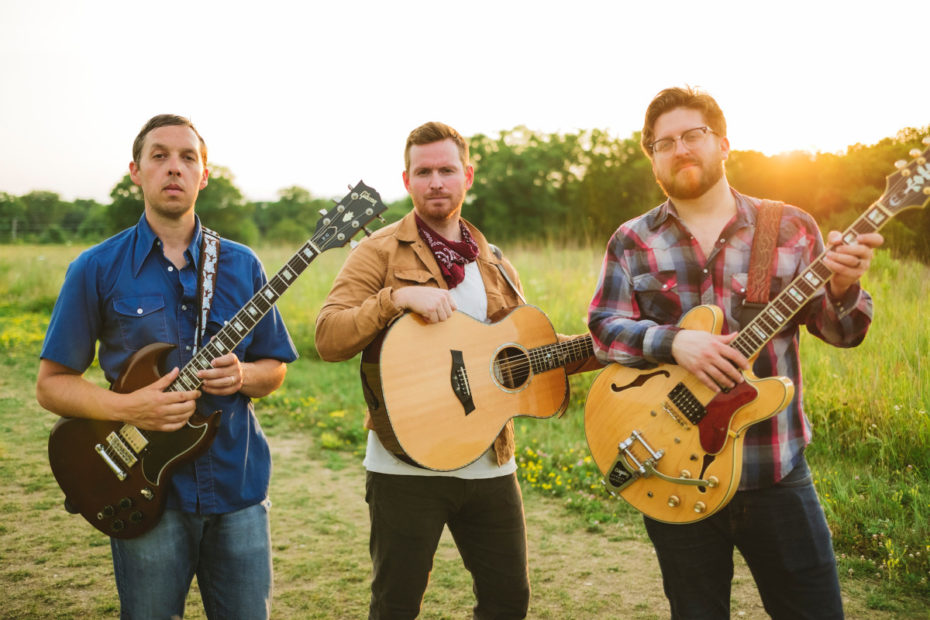 Midnight Canyon is a supergroup of sorts, born out of the 2020 pandemic. Three friends, each a well known Chicago musician, got together to make some music. Their gigs, along with those of every other musician in America, had all been cancelled. Their social calendars were non-existent. So they took the advantage of the downtime to experiment with a bit of songwriting. They had no plans, no goals and no intent beyond having a little fun.

As their jams gradually morphed into tunes, the trio entered the studio with drummer Jordan Kozer (The Redwalls). A few months later, they find themselves to be a legitimate band with a brand new record. On December 4, 2020 the group released its debut eponymous EP.

The “Midnight Canyon” EP is a five song collection of rootsy, organic Americana. The record combines classic singer/songwriter sensibilities with a deep Alt-Country soul. Acoustic guitars, mandolins and keys fold together to create a warm and woody wall of sound. From the Americana backbeat of “Where the Ocean Starts” to the 70’s radio singer/songwriter vibe of “Piano in the Rain,” the seasoned musicians strike the perfect balance between restraint and performance.

The record explores themes of growth, change, longing and regret on tracks like “Angels & Devils.” The excellent “On My Radio” is one part road song, one part lovelorn lament. And “Don’t Leave Me in the Dark” sounds like some great long lost track by The Band, with its lush multi-part harmonies and call-and-response vocals. It’s a great sound.

The debut, self-titled EP by Midnight Canyon is a songwriter’s record, and it’s a great one. Fans of classic singer/songwriter pioneers as well as more contemporary Alt-Country acts like Wilco or The Lumineers will find plenty to love. Check out the video for “Where the Ocean Starts,” above. You can hear “On My Radio” on the Deep Indie Dive playlist. And follow the links below to connect with the band.