SOARE – 8 Questions and A Super Nova 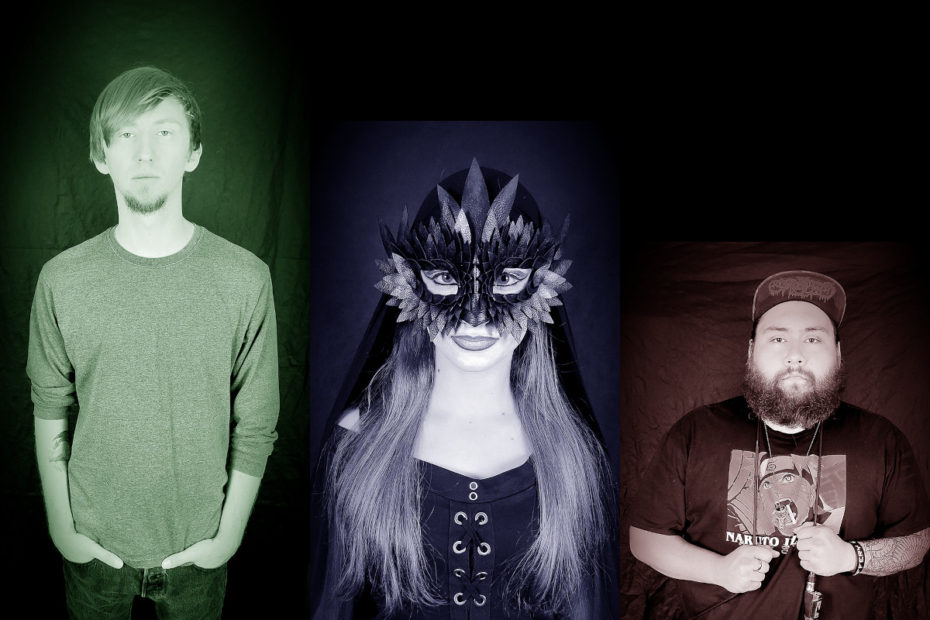 SOARE is an American Hard Rock/Metal band. They made their debut earlier this year with the single “A Curious Case of Mistaken Identity.” With that track they introduced their unique Metal blend of genres and subgenres. Since then, the hard-rocking three piece has dropped three additional singles. With each new release they delve further into their experiments combining guttural Death Metal scream vocals with Art-Rock complexity and melodic Alternative Rock composition.

“Super Nova (An Appetite for Lies)” is one of the band’s most recent releases. The song is an excellent example of the many sides to this dynamic group, from its classical piano intro and refrain to the Pantera-style Metal groove in the verse and the juxtaposition of Male screamo vocals and melodic female lead. Recently The Static Dive sat down (virtually) with the members of SOARE to talk about the new song, the band and the future.

Q: How long have you been making music?

A: Rob, the multi-instrumentalist, created the project in 2018. Yukon joined later in the year and Nova joined in 2019. All of us had been making music prior to this project.

Q: Who are the musicians involved in your project?

A: It’s a three piece band consisting of Rob who does guitar, bass, drums, keys and production. Yukon who does lyrics and scream vocals, and Nova who does lyrics, clean vocals and keys.

Q: Who are your biggest musical influences?

A: Our musical influences come from all walks of life and genres. Some being Coldrain, Paramore, One Ok Rock, Bring Me The Horizon, Dream State, Trivium, Linkin Park, Bad Omens, Architects, Megadeth, Foo Fighters and Maximum the Hormone.

Q: What is your greatest non-musical influence?

A: We draw influence from our own personal experiences, thoughts, and emotions. Combining our separate stories the best we can into one cohesive story.

Q: What inspired you to create this project?

A: Rob was inspired to create this project in his teen years after falling in love with music. It was always the one thing he could escape to and the one thing that always made him feel welcome and understood. It’s helped him through many ups and downs as it has for so many others. He decided he wanted to do that for others and wanted to use something he loved doing to help achieve that. After saving up money and working for the equipment he was able to put together and record the first few SOARE songs and shortly after brought in the other two members.

Q: What are your plans for the future (musically)?

A: We hope to just keep writing music we love and try to reach as many people as we can with it. As long as it helps at least one person get through something tough, we’ll be happy.

Q: Is there anything else you would like to say?

A: From left to right in band photo, Rob, Nova, and Yukon