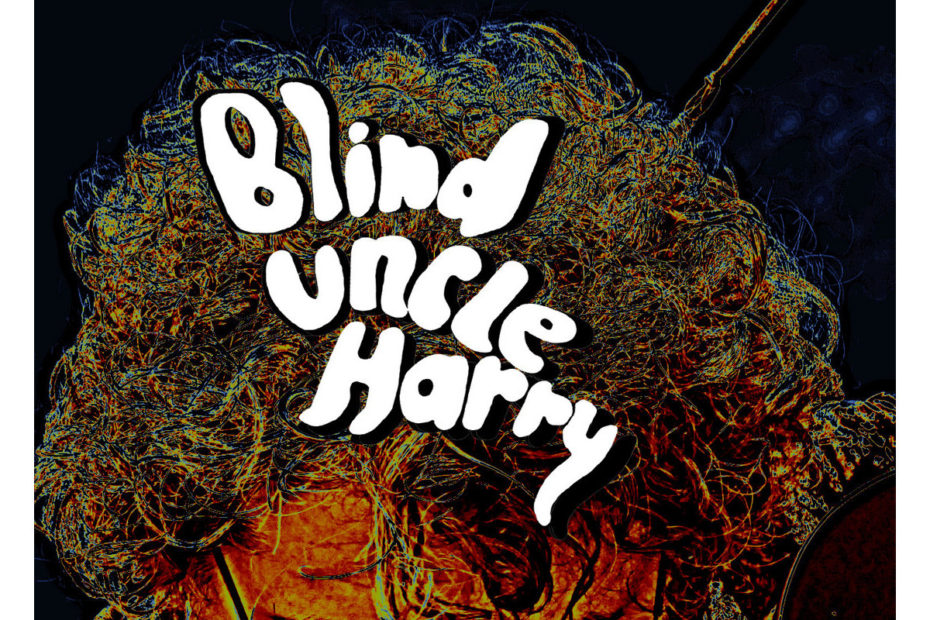 Blind Uncle Harry is the professional name of Bloomington, Indiana singer/songwriter, Chris ‘Harry’ Doran. He specializes in what he calls, “Hillbilly Hippie Shreddin’ Folk Rock.” Harry has made a name for himself writing, recording and especially performing his unique brand of folky and funny social commentary. Sometimes armed with a band and sometimes just with his acoustic guitar and a microphone, Harry has toured all over the United States and Europe.

As a writer he is known for his biting wit and wiseguy wisdom. With titles like “Hillbilly Hippie Haiku Heaven,” “Uh Oh (Sounds Like Somebody Pissed Off Jesus)” and “It’s All Fucked (Donald Trump is President),” he writes singalong protest comedy songs which somehow manage to be all three of those things at once. Blind Uncle Harry and his ever rotating roster of musicians have been doing their thing since 2013. Earlier this year Harry released his latest full-length album “The Gospel According to Blind Uncle Harry.”

“Christmas Day In Australia” is a brand new song and video from Blind Uncle Harry. Released just in time for the holiday season on November 19, 2020. Accompanied by a didgeridoo, a couple of guitars and minimal percussion Harry recounts the strange experience of being an American on the other side of the world at Christmas. That is the loose setting for three individual vignettes, each a variation on the theme. First we experience the general strangeness of being on the beach in the summer on Christmas day. In the second verse Harry recounts the lost love which drove him to drink.

For the final verse the songwriter paints a portrait of economic and social disparity. At a particularly poignant point in the song Harry subtly brings it back to Christmas when he points out that the rich folk, “got nuthin’ to give.” Finally Blind Uncle Harry guides us back to the beach where we watch the fireworks and contemplate all of the above.

Check out “Christmas Day In Australia,” above. And follow the links below to connect with this dynamic writer and performer. Get on his socials and get in the loop on all of his current and future projects.