JMacDonough – Hell On Earth In 8 Questions 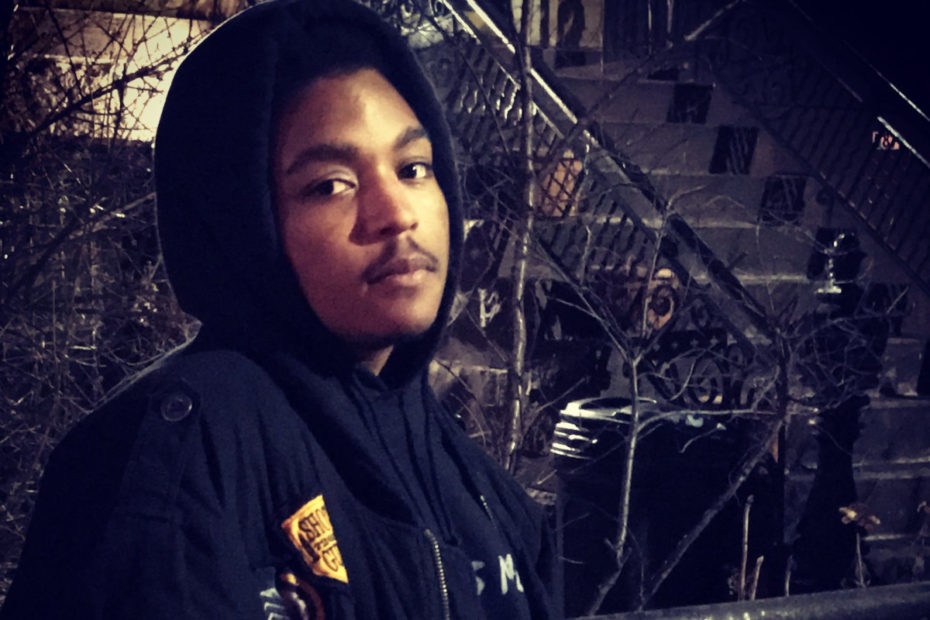 JMacDonough (aka Mac) is an up and coming Hip-hop artist from New York City. In the five years since his debut, the prolific performer has produced a steady string of singles, mixtapes and albums. He’s got a modern style but an old-school mindset. Mac’s thought-provoking and socially conscious rhymes bring to mind the great East-Coast pioneers of the form like KRS-One, Chuck D and modern era artists like Jay-Z and Kendrick Lamar.

“Hell on Earth” is JMacDonough’s latest full-length release. The eleven track collection takes a hard look at the state of America. Through the eyes of a young black man he looks at socio-economic disparity, the pandemic and especially police violence against people of color. 2020 has brought many of these issues to the headlines, and to the street. But the reality is, institutional racism is as old as America. On the new record, Mac acknowledges that truth and asks us all, what are we going to do about it?

The record opens with the news-report style of “Intro.” A narrator recounts the murders of George Floyd, Breonna Taylor, Elijah McClain and Sean Reed, all killed at the hands of police. From there JMacDonough tears through ten tracks of fearless and powerful rap. From observations of his community in the title track to his real world take on being black in America (“Still,” “Free”), Mac is brutally honest and insightful.

Musically the album mixes new-school Trap beats with old-school Hip-hop. Ambient synths (“Save ‘Em”) meet experimental beats and cinematic samples (“GMC”). Reggaeton bass, Jazz saxophones and electric piano riffs pepper the sound throughout. In both lyrical content and production, “Hell on Earth” is smart, in-your-face and wildly creative hard rap. We sat down (virtually) with JMacDonough to discuss the record, what brought him here and what he has planned for the future.

JMacDonough: I am from Brooklyn, NY. Specifically Bed- Stuy.

Mac: I don’t have any features on the project, however it was produced entirely by, 2$lickBeatz. We met through a mutual friend sometime around 2013 in Cincinnati, OH, when I was attending Xavier University. We got cool but didn’t start working together musically ’til years later. Once we did, it’s been flowing ever since. There are two co-producers: Mastah Bruce, who had his hands on ‘STILL’ & ‘FREE’ and Yoshi who worked on ‘TEST YOUR LUCK’. $lick met them during a beat competition in Canada. Lastly, the intro was done by another friend of mine Micahiah Davis. I told her my vision and she handled the rest.

Mac: I’d say the longer I make music the less inspiration I pull from individuals but more from the process. To clarify, individual artists still inspire me, but the depth of influence is spread evenly amongst other artists. At this point there’s nobody I can put above anyone else. I get inspired when artists get in their bag, independent or mainstream. When someone is in their pocket, going on a run or going crazy, it’s wavy to witness. That can be musically, or business/personal moves they’re making on the side. I get inspired when people level up and become a better version of themselves or nearing closer to their dreams/goals.

Mac: My greatest non-musical influences are my family and friends. The people who have my back and supported me throughout my life/career. I do it for them as well, I want all of them to eat. I do it for my people, I live to inspire. I want people to know anything is possible if you really want it to be. I want people to know they’re not alone in this thing we call life and perspective is key to perseverance. I do it so everyone knows, it ain’t over ’til it’s over.

Mac: I originally wanted to release this project on Halloween of 2019. However, it didn’t work out as planned. The first two tracks, ‘HELL ON EARTH’ & ‘BLESSIN’ ME’ were written in 2018, so the energy for this project has been circulating for a while. Due to the “setbacks”, it left me to finish this project in the midst of the world unraveling before our eyes in 2020. I remember having to take 2 weeks off from working on the project because it was a lot.

Given I already had the tone for ‘HELL ON EARTH’ it was kind of surreal when everything started becoming hyper relevant again, so I had to take a step back. Granted the relevance never lacked but the fresh wounds made the salt burn that much more. However, it gave me fresh emotions and perspectives that translated into some of the most powerful stuff I’ve written.

Mac: In terms of the future, I will drop a single, early 2021. I’m also planning a couple videos to some fan favorites. Everything is still abstract right now but you can expect at least 2 projects from me in 2021. Besides that, I will continue to live and grow with my music.

Thank you all for holding me down in some way, shape or form, therefore having a special spot in the memories of my career thus far. With that being said, free Broadus, TC, Young Costamado. Stay blessed.