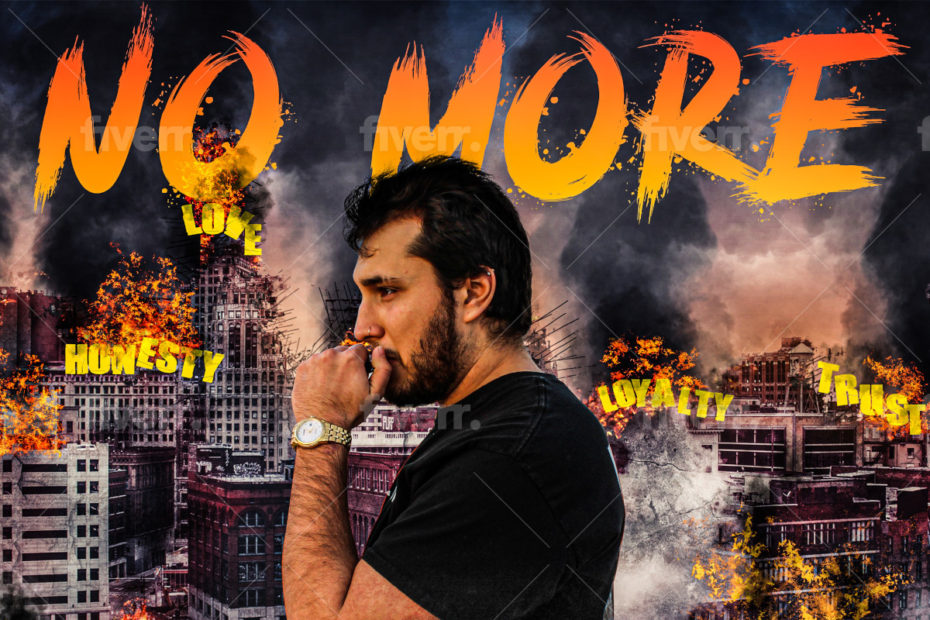 FL Moe is a 21 year old singer, songwriter and music producer from the City of Joliet, just outside of Chicago, Illinois. Three years ago he began writing and recording his own original music. Early in 2020 he started up a collaboration with award winning mixing and mastering engineer, Matty Harris (A$AP, Kelly Clarkson, Cousin Stizz). By April, FL Moe was ready to release his songs to the world.

To date, the artist has dropped four singles. Most of his work falls pretty solidly in the Hip-hop and Trap realm. However, as he has progressed through the year his sound has developed to include elements of Alternative Rock and Pop. FL Moe’s latest single successfully blends his Trap origins with a guitar driven Emo vibe.

“No More” is FL Moe’s latest single, released December, 4 2020. The track opens with hard panned Pop/Punk guitars reminiscent of Blink 182’s mellower material. The guitars weave together a circular, hypnotic and melodic chord progression. In the early bars of the track they are met by a Trap beat but that soon morphs into a Lo-fi Indie Rock groove.

Although Moe has rapped on most of his previous releases, on “No More” he sings, which works really well for this Emo break-up song. In a scenario familiar to all who have loved and lost, he describes his current reality of too much booze and not enough of anything else. It’s hole we have all fallen into at one time or another.

Check out “No More” on the Deep Indie Dive playlist, and follow the links below to connect with FL Moe. Get in the loop on all of the current and future projects from this talented young artist.