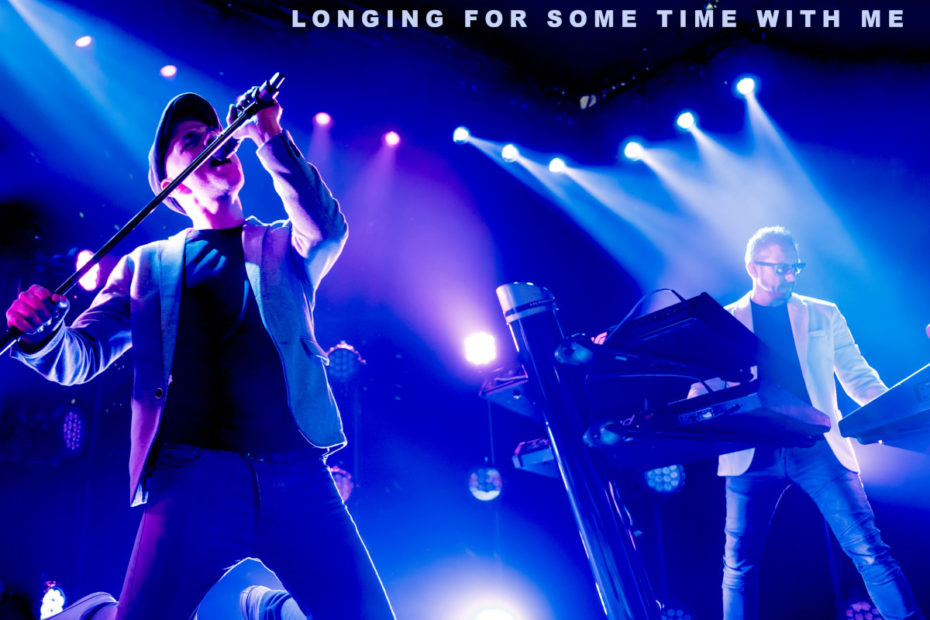 Munatix is a Belgian electronic synthpop duo, intent on bringing back the glorious sounds of the “Me” decade, the 1980’s. They debuted in 2019 with their single, “The Rhythm Sets My Heart On Fire.” Since then, the team of Ricky (vocals) and Josh (production) have dropped a series of fabulously synthy singles and remixes.

Their music is produced with authentic vintage electronic instruments and analog gear. They draw inspiration from acts such as Vince Clarke, Jean Michel Jarre and Chromeo. The duo has connected with Synthwave fans worldwide, counting their streaming numbers in the tens of thousands. Munatix will continue to produce singles for the foreseeable future as they work toward a full album release. Then, a tour.

On Friday, January 8, 2021 Munatix will release their brand new single, “Longing For Some Time With Me.” The track features the band’s signature analog synths and upbeat retro pop groove. Ricky’s falsetto vocals are paired with a vintage 70’s Oberheim OB-1 synthesizer for a groovy early 80’s disco vibe. The music was written by Swedish synth fanatic ‘Lackan’. Munatix added English lyrics and tweaked the arrangement to make it their own.

Pre-save “Longing for Some Time With Me”