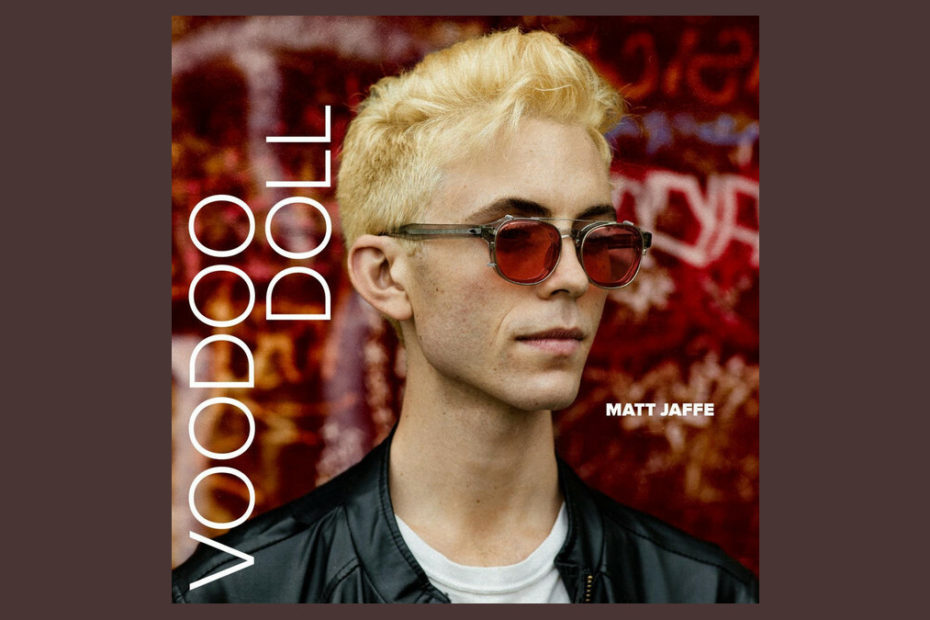 Matt Jaffe has had an interesting run, so far. The San Francisco based singer/songwriter got his start by performing at innumerable coffee shop open mics around California’s Bay Area. After Matt had cut his teeth and honed his skills, Talking Heads and Modern Lovers legendary keyboardist, Jerry Harrison offered to produce the singer’s first recordings. From there, he hit the ground running.

To date Jaffe has released three albums and toured around the country with his mix of Indie power Rock and quieter singer/songwriter fare. He and his band have gigged with legends like; Mavis Staples, Bob Weir, Wilco, Alejandro Escovedo, John Doe, Jackie Greene, and Blues Traveler. He has even collaborated with Chuck Prophet and Tom Higgenson of the Plain White T’s.

“Voodoo Doll” is Matt Jaffee’s latest single, released December 4, 2020. The track is a mellow and melancholy Indie-Pop song about a complicated and dysfunctional relationship in which seemingly contradictory motives and emotions are confused, juxtaposed and otherwise misinterpreted. In a tone and visual lyrical style that brings to mind some of Robyn Hitchcock’s more coherent work, the singer tells his tale over a tasteful mix of guitar, bass, drums, vibraphone and violin.

The video for “Voodoo Doll” was animated by Bill Plympton, best known for his Academy Award-nominated short “Your Face.” Check it out, below. You can also hear “Voodoo Doll” on the Deep Indie Dive playlist.

MJ: I started playing violin when I was five. However, I didn’t start writing songs until I was about ten, so in some ways that feels like the real beginning, some fifteen years ago.

SD:  Who are the musicians involved in your project?

MJ: Lots of different people appear on the record and were involved in its production. Some of the main contributors were James DePrato and Vicente Rodriguez (the rhythm section when recording in Ojai, CA), and Alex Coltharp and Rob Dietrich (the rhythm section when recording in Richmond, CA, and also the members of my live band). James is also the producer, and an incredible producer at that.

SD:  Who are your biggest musical influences?

SD:  What is your greatest non-musical influence?

SD:  What inspired you to create this project?

MJ: I write songs because I feel the need to, a need stronger than any want. There are a truckload of reasons to do something more practical, so it comes down to an indelible drive. An itch you know you’ll never scratch.

SD:  What are your plans for the future (musically)?

MJ: For the next album, I want to try recording songs more reliant on sonic events than on chord changes. I also plan to tour Europe. I had dates set for 2020, that I hope to reschedule for 2022 or beyond.

SD:  Is there anything else you would like to say?

MJ: Given the imprisonment of human interaction in cyberspace during the pandemic, it’s especially amazing when paths cross, so thanks for letting my music shoot its shot at one of those digital intersections.