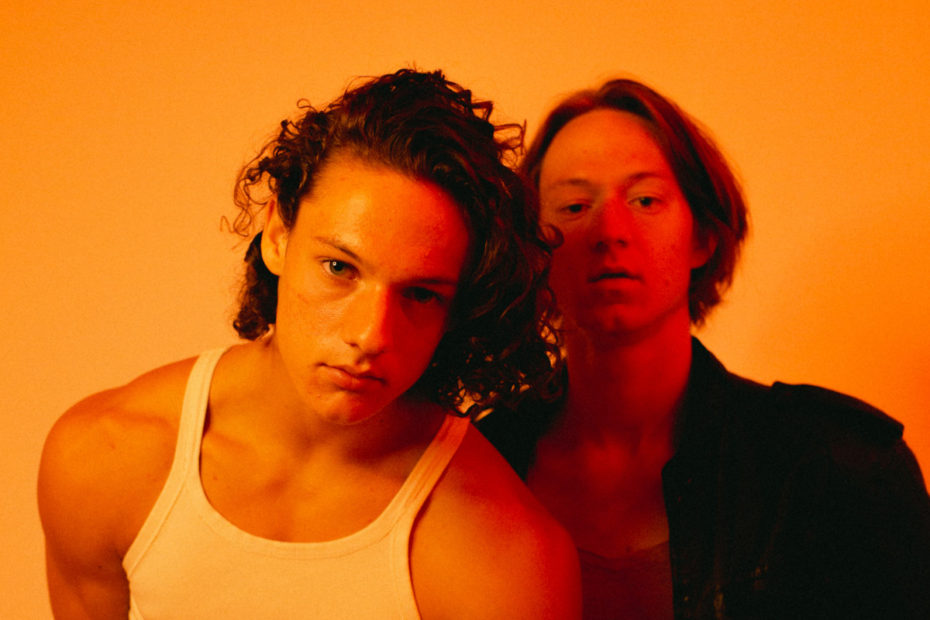 The Corduroy Blue is a new band from Atlanta, Georgia with a sound rooted in classic guitar-driven Rock & Roll. The group is the brainchild of Atticus & Luke Roness. The two brothers grew up listening to and emulating legends of Classic Rock like; The Clash, David Bowie, Queen and The Beatles. Now they are all grown up and ready to take to the stage and studio with their own healthy dose of Rock & Roll bombast.

“Gimme Love” is the debut single from The Corduroy Blue, released earlier this year the track has already connected with tens of thousands of listeners worldwide. The song hearkens back to the wild and loose 70’s era abandon of their heroes. With a little bit of glam and a lot of blues fueled Rock & Roll power, the brothers blast through the track with a vengeance. There’s more than a little Mick & Keith/Gene Loves Jezebel-style glitter twin charisma in their show. And their sound brings to mind another Georgia-bred brotherly Rock & Roll duo, The Black Crowes.

Although they proudly wear their influences on their sleeves, the Roness boys have plenty of their very own thing going on as well. And one thing is for sure, these guys can play. From Atticus’ biting Stratocaster leads, crunching riffs and honky-tonk soul vocals to Luke’s four on the floor groove and powerful fills, these cats are well schooled in their medium of choice. “Gimme Love” is a great song and the band is just a ton of fun to listen to.

Check out the new video for “Gimme Love,” below. You can also hear the song on the Deep Indie Dive playlist. Follow the links below the video to connect with the Roness boys and their very badass new Rock & Roll endeavor.

The Corduroy Blue on the Deep Indie Dive playlist