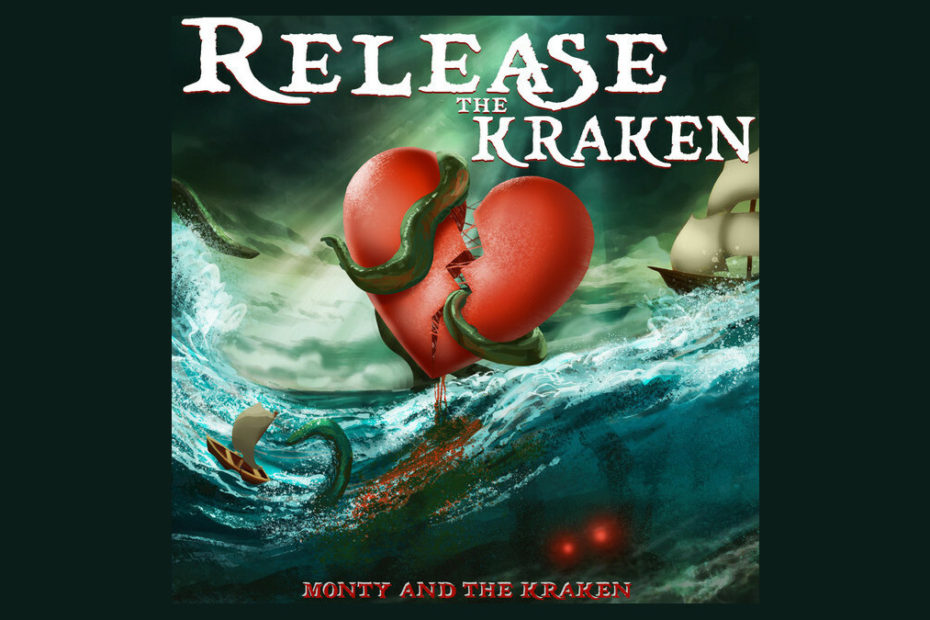 Monty And The Kraken is a singer, songwriter and producer from Atlanta, Georgia. He cut his teeth at a young age playing in the band and singing in choirs at church. Now he has turned that lifelong passion for music into a career as a solo musician. His debut EP, “Release the Kraken” is a wildly creative and thoroughly satisfying way to get things started.

A remarkably versatile singer, he moves smoothly from Hip-hop to R&B and from Pop to Rock. Throughout the album he layers his songs with complex multi-part harmonies, using his voice to carry not just the main melody but the supporting chord progressions as well. In every case, his range is as broad as are his stylistic choices. He climbs from a deep bass to a high falsetto without breaking a sweat.

Monty shows equally impressive range as a songwriter. The six songs on “Release The Kraken” span the spectrum of popular musical genres, often all at the same time. From the smooth R&B of “Roots” to the disco groove of “Smoke All Day,” the record has a surprise around every corner. A number of songs (“Toxic,” “Damaged,” “Kind of Love”) incorporate elements of Emo Rock, with some really nice guitar parts and big Pop/Rock choruses.

None of these stylistic choices are exclusive, however. Each song pairs two or more genres. Somehow Monty and the Kraken makes it all sound natural, whether he is dropping Art-Rock synth riffs on a 70’s dance groove or shifting from a slick Rap to Synthwave fueled soul (“Electric Soul”). “Release the Kraken” is a smart record full of memorable songs. And every mash-up of guitar riffs and Trap beats makes it a really fun listen.

Check out the video for “Toxic,” below. You can hear “Smoke All Day” on the Deep Indie Dive playlist and “Electric Soul” on the Deep Indie Beat. Follow the links below to connect with Monty and the Kraken. Get on his profiles and stay in the loop on everything this multi-talented artist has in store.

Monty And The Kraken on the Deep Indie playlists