V/Terpan’s New EP “When The Poems Gave Us Life” 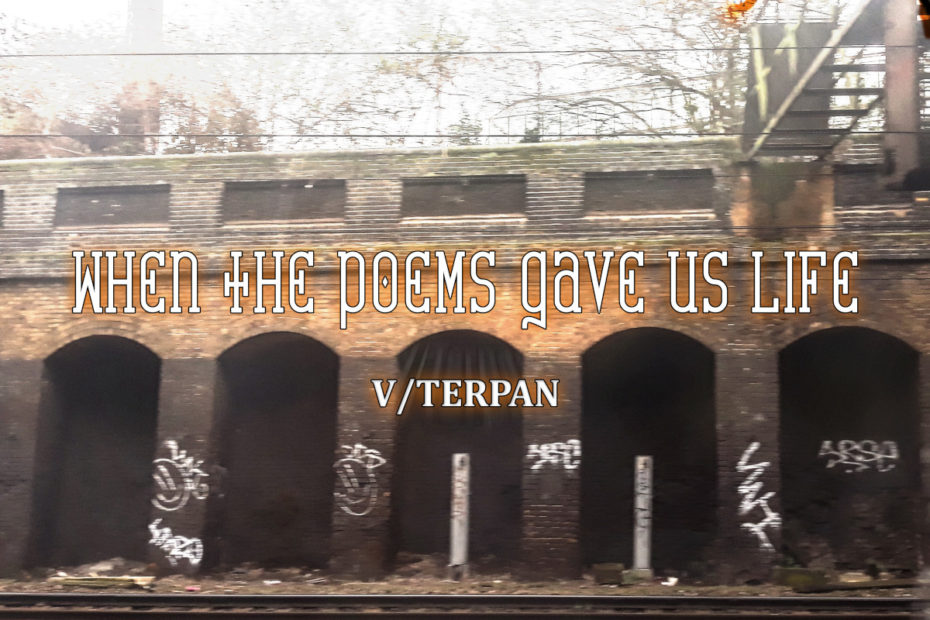 V/Terpan (pronounced vee-ter-PAN) is the professional name of Vasileios Terpanis, a singer and multi-instrumentalist songwriter who for the past five years has been based in London, England. Originally from Greece, Vasileios played guitar in Alternative Rock bands during his formative years. His list of influences reflects his broad musical tastes. They include artists like; Michael Jackson, The Doors, Josh Homme and Billie Eilish. However, his heart has never strayed far from his love of the electronic Pop music pioneers of the 1980’s and 90’s. He explores those sounds in his solo material.

Terpanis made his debut as V/Terpan in 2019 with the single “Never Love Again.” Since that time he has released a series of singles and videos, each diving deeper into his guilty pleasure. Listeners have taken notice with each release reaching a wider audience. His third single “Promise” exceeded 5,000 views on YouTube in just the first week.

“When The Poems Gave Us Life” is the brand new 6 song EP from V/Terpan. The record is a journey through the sounds of classic 80’s New Wave and Alternative Electro-Pop. From the opening arpeggios and heavy rock groove of the title track, it is clear we are in for a big, dramatic synthwave show. Vasileios’ vocals enter the mix in a low Peter Murphy-style tone as the crunch of power chords meet a funky drum loop and the ever present synths. That Murphy/Bauhaus Goth vibe continues throughout the record, particularly on tracks like “Sacrifice” and the darkly ambient “J.I.”

Terpanis often veers into more Pop-oriented, Depeche Mode style rhythms as on the song “Hit & Run.” “Sons of Dust” hints at some of the artist’s Classic Rock influences with psychedelic vibes and Middle Eastern melodies. On the final track, “Drown in You” V/Terpan steps into the 90’s with a cool Nine Inch Nails inspired groove.

Lyrically “When The Poems Gave Us Life” is a dramatic and at times very dark piece of work. It is literary and a touch theological. The artist explains that the record is a concept album with poetic lyrics playing around the themes of religion and love.

I preferred to take a darker path lyrically and emotionally throughout the whole production. Setting against the backdrop of the New Testament, I wanted to give voice to various characters from different perspectives with each song.

Check out “When The Poems Gave Us Life,” below. You can hear “Drown in You” on the Deep Indie Dive playlist. Follow the links below to connect with V/Terpan. Get in the loop on all of the current and future projects from this talented and versatile artist.