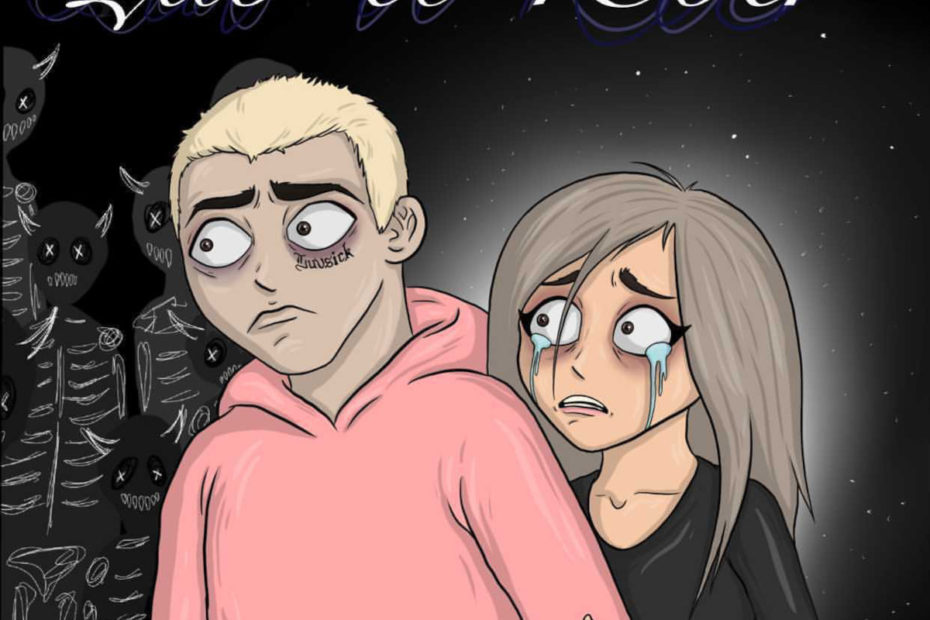 Luverrboi XO is the professional name of singer, songwriter, rapper and guitarist Devin Diaz. A native of Casa Grande, Arizona he made his debut in 2020 with a handful of singles. Each was a peek at his debut full-length album, “Luv U 4ever.” Released to all major streaming services on January 9, 2021, the record is a cathartic and heartbreaking chronicle of the end of a relationship.

No broken heart hurts worse than the first. “Luv U 4ever” is the story of the collapse of the 20 year-old’s first long term (4 year) relationship. Through the course of nine songs he tells a tale of disappointment, betrayal and self-destructive behavior which will sound familiar to anyone who has fallen hard into and then out of love.

Stylistically the Luverrboi XO album is a creative mix of Rock, Pop and Hip-hop. Diaz pairs electric guitar Emo rockers (“DNTFRGT,” “STARBABE”), mellow ballads (“HER,” “ALWAYS”) and electronic Dark Pop (“MY WHEEL,” “CHOSEN”) with funky Trap beats and bass hits. He flows smoothly from hard to melodic rap and smooth Pop vocals. As a songwriter he has a real knack for catchy and instantly familiar hooks, in both chord structure and vocal melodies.

Lyrically, the record starts at the beginning of the end of a love story. The narrative opens with a declaration of love, but we already sense a somber undertone. Things head south from there. As Diaz moves through the album his tone changes from adoration to pleading, and anger to acceptance. We feel for him as he dives into pain-fueled self destructive behavior on tracks like “CHOSEN,” and we can relate as he sings of seeing his girl with another guy.

He is a talented writer and there are clever lines all over the record. “STARBABE” is a real highpoint as he finds a little bit of solace and humor in the fact that his future success will be a reminder to his ex of what she lost, “I know it stings to hear my voice, but i’m a star babe. You ain’t gonna have no choice.”

“Luv U 4ever” by Luverrboi XO is a solid debut from a talented and multi-faceted young artist. The record is a sincere and real take on love and loss. Check it out, below. You can also hear “STARBABE” on the Deep Indie Beat playlist. Follow the links below to connect with Luverrboi XO. Get on his socials and get in the loop on all of his current and future projects.