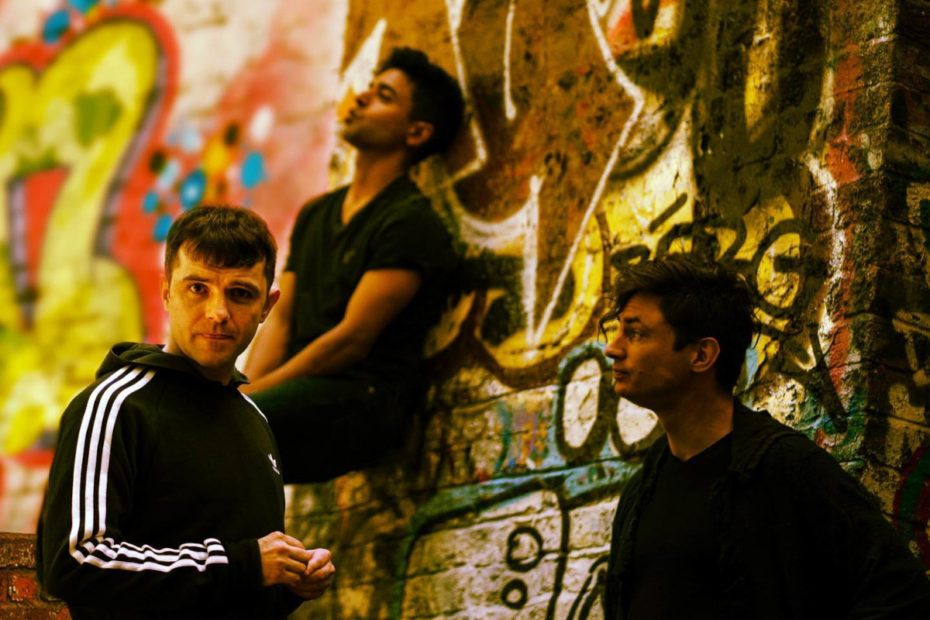 Penny Mob is an incendiary UK Indie Rock band with a sound and message that will not be ignored. Debuting in 2018 with the energetic Alt/Rock Dance track “21st Century Kids,” the band was formed by Scottish singer-songwriter Jamie Quinn and English drummer Andrew Mullan. Friends since childhood, the two formed the band with the shared goal of creating raw, real and socially conscious Rock & Roll like the music they grew up listening to.

“Revolution” is the latest single from Penny Mob, released November 13, 2020. As suggested by the title, this is a song that sees the ills of our world and demands change. The call to action comes in the form of a relentless percussive Rock & Roll attack, paired with wailing guitars and Quinn’s biting social commentary. He sees a world around him of corrupt leaders and their subjugated, technology obsessed masses. In his words, we are a society that is, “now living proof of 1984.”

In both style and substance Penny Mob brings to mind late 20th century revolutionary UK rockers like That Petrol Emotion and Johnny Rotten/Lydon’s Public Image Ltd. From their Punk Rock soap box Penny Mob is screaming for you to pay attention, wake up and make a better day. They deliver their message with plenty of Pop hooks, a little bit of Metal guitar shredding and the powerful addition of a children’s choir singing, “give me revolution, give me some solution.” Just try and ignore that.

Check out the video for “Revolution,” below. You can also hear the track on the Deep Indie Dive playlist. Follow the links below to connect with Penny Mob. Join the revolution.