The Handcuffs – Love Me While You Can 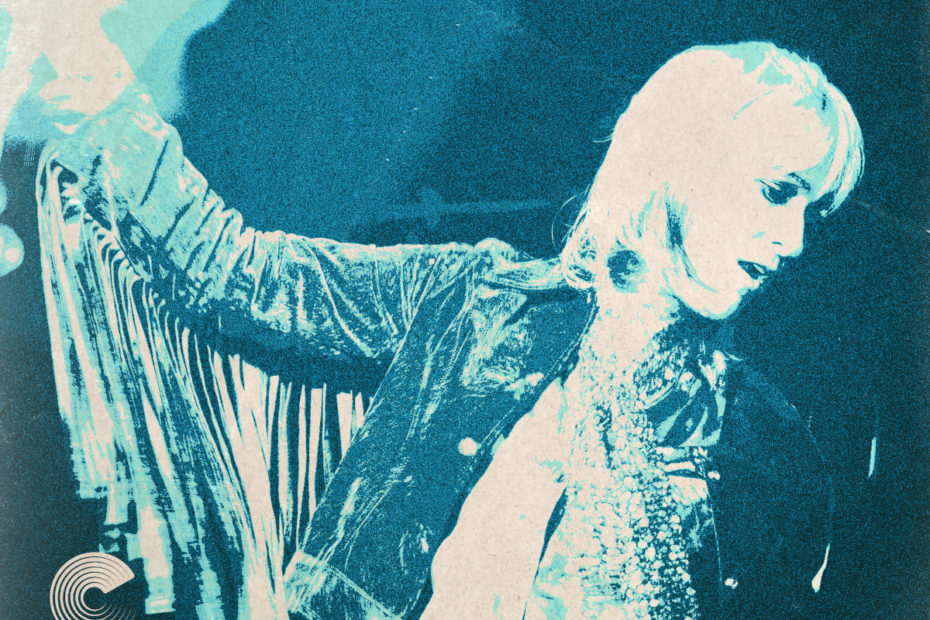 The Handcuffs are a Chicago outfit led by Rock & Roll road warrior and critically acclaimed drummer Brad Elvis (Romantics, Elvis Brothers, Big Hello, Screams) and his wife, vocalist/rhythm guitarist/multi-instrumentalist Chloe F. Orwell. Since the early 2000’s the duo and their band have been entertaining the Midwest and beyond with their adventurous and energetic brand of Indie Rock.

“Love Me While You Can” is the latest single from The Handcuffs, released January 8, 2021. The track is a stylistic love letter to the raw abandon of 1970’s Rock & Roll. From the opening feedback and epic, anthemic harmonized pentatonic guitar melody, to the groovy beatnik glam lyrics, the song sounds like a great lost classic from AM radio of old. The track paints a picture of gritty, sexy city scenes with lines like, “Circle of friends, the innest of ins. We can’t be bought or sold.” We have images of Lou Reed and David Bowie, barhopping CBGB and Studio 54. It was a time of Punk Rock poets like Patti Smith and drug-hazed Rolling Stones, and The Handcuffs are bringing it back.

Every note of “Love Me While You Can” smacks of authenticity, from the Les Paul crunch of the power chords to the cinematic Layla-esque piano interlude in the bridge. The band kills it. And Chloe summons all the right ghosts from the decade of denim and debauchery. This is sex, drugs and Rock & Roll baby, and it’s a far-out ride.

We had the chance to catch up with The Handcuffs (virtually) to talk about the past, the future and their new single. Check out the conversation below. And of course, check out the song “Love Me While You Can.” You can also hear the track on the Deep Indie Dive playlist. Follow the links at the end of the article to connect with The Handcuffs.

8 Questions With The Handcuffs:

The Handcuffs: We’re from different parts of the country – the Northeast, the South, and the Midwest – and we all managed to make our way to Chicago and settle within a few miles of each other. One of us is a native Chicagoan.

HC: Well, it seems like forever. Most of us can’t remember a time when music wasn’t part of our lives, even as children. Hello, marching band. Our drummer Brad Elvis is kind of our musician emeritus. He’s got a robust and heady history of major labels and arena tours.

HC: For this particular single and upcoming record we were very into early 70s glam and rock & roll like Mott the Hoople, T-Rex, early Bowie, Led Zeppelin, Roxy Music and even Bollywood. But, truth be told, our musical influences change all the time and are all over the place. Everything from Chopin to Charlie Parker to Nina Simone to Bob Dylan to P.J. Harvey to Harry Styles.

HC: Comedy. But also the kind of comedy that helps you heal from tragedy.

HC: Our ever evolving creative process and, probably, a great Mexican dinner.

HC: We’ll have to check with our publicist. Hahaha.

The Handcuffs: This worldwide pandemic has been so very hard on musicians and artists, but it’s been doubly hard on the people whose support and partnerships we count on: stage hands, technicians, sound engineers, club owners, bartenders and bar backs, door people, etc. When this shit show is over, we need to not only support art and music, but those people who make the live performance experience happen, who often don’t get any credit for it. In fact, we need to support them all now. It’s hard to imagine our lives ever getting back to normal, but when it does, we’ll have to be patient with each other and extra kind. Meanwhile, love me while you can.

The Handcuffs on the Deep Indie Dive playlist: