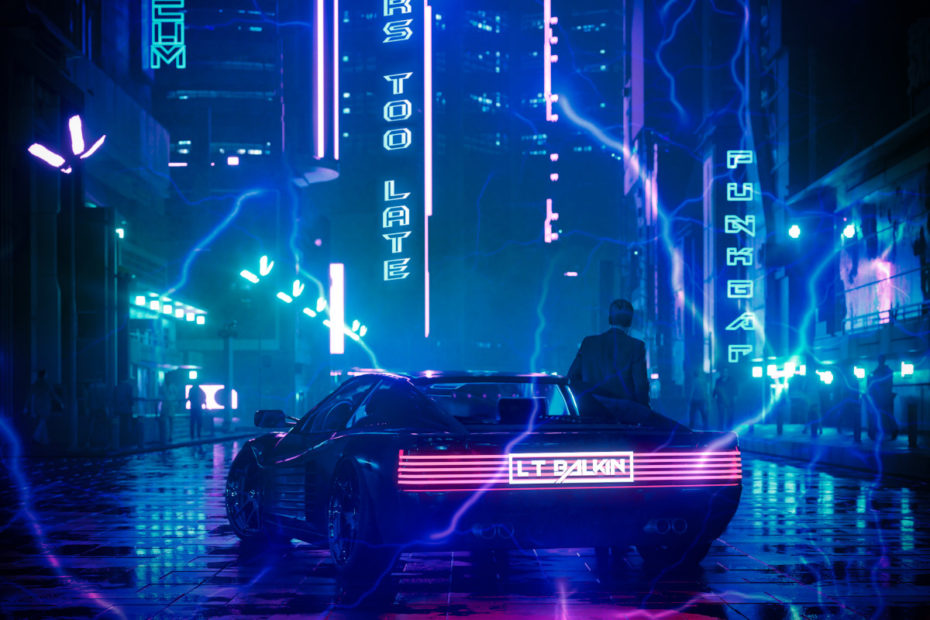 L T Balkin is a DJ, songwriter and producer from Melbourne, Australia. The talented electronic artist has been an active participant in his historic hometown’s music scene for years. When he was just starting out he worked as a Punk Rock DJ in the city’s underground pubs. Eventually he started his own group called ‘Running With Bulls.’ Their sound evolved from Balkin’s Punk roots into the many shades of EDM.

After a few years of rocking the Aussie clubs, LT Balkin took a shot at going solo. He made his debut in 2020 with two singles; “Feel MY Wraith” and “DJ Bit#h.” Each track did well, finding him new fans worldwide. Now for 2021 he has dropped the brilliant 10 track collection, “7 Years Too Late.” With its wild mix of electronic genres and techniques the record is set to take LT Balkin’s music to new corners of the globe.

The producer works with multiple vocalists on “7 Years Too Late.” The opening track “Higher Ground” features an excellent performance from singer Charlotte Lock for an otherworldly scene of Deep House vibes and Trance-like, pulsing synths. Lock also helps out on the deep, dark and trippy synthwave of “Lucid Dream Take Me Away” and on the uplifting “Free Your Mind,” a pop ballad anthem to staying woke.

Throughout the record, L T Balkin mixes and matches musical genres to fit the mood. From the Hip-hop and Dark Pop combo of the crystal meth cautionary tale “Ice” (feat M$ DOM & Teddygramz), to the cool Trip-hop and Electro Pop hybrid “I Think About You” (feat Brandon Nitta). The producer shows his Rock roots on the Euro Metal and Industrial sounds of “Dream and Fantasy,” with singer Eric Castiglia skillfully keeping balance on the line between Rock and Electronic.

The instrumental “Force” mixes a little of all the above for a psychedelic bit of Trip-hop/Industrial with dirty guitar and dirty synths buzzing the song into another orbit. The record ends with three remixes from Hi5. The DJ takes the Synth Pop sparkle of the original tracks and runs it through the filter of fat House, Dubstep and Disco beats. The experimental “Danger Above” is a particularly cool hallucinogenic adventure and an excellent close for the album.

Check out L T Balkin’s excellent new album “7 Years Too Late,” below. You can also hear the H15 remix of “Lucid Dream Take Me Away” on the Deep Indie Dance playlist. Follow the links below to connect with L T Balkin and get in the know of everything this exciting and diversely talented DJ has planned for the future.