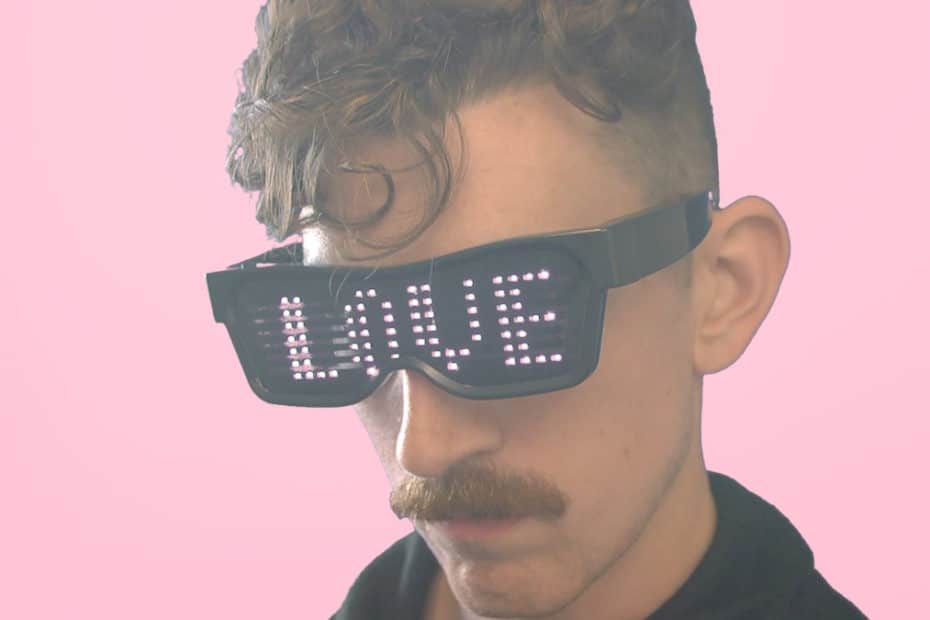 Ryan Flynn is a singer, songwriter and producer with a penchant for funky retro synths. The New York native first launched his solo music career as an experimental side project while he was attending film school. After a handful of singles he decided to dive head first into the new venture with the release of his debut eponymous EP in 2019.

In the two years since the release of that record he his dropped a string of successful singles. Ryan Flynn’s 80’s inspired Indie Synth-Pop vibe has struck a chord with listeners. Each of his most recent releases counts its streaming numbers in the tens of thousands. He has been featured in Rochester City Newspaper, Independent Music & Arts, Your Best Life Nashville, and Nagamag.

A few months ago, Ryan Flynn packed his gear and moved cross country to Phoenix, Arizona. He made the most of the road trip and produced a series of live outdoor improvisation videos as he rocked out with a Moog and a Theremin at historic Southwestern landmarks like Vermillion Cliffs, Shoshone and Big Horn. The entire collection of travelling improvisations is available via his YouTube channel.

“Automatic Love” is the latest single and video from Ryan Flynn, released worldwide to all major streaming services on May 14, 2021. The song is his first of the new year and his first since arriving in Arizona. Awash in psychedelic analog synth tones, the track rolls on a hypnotic groove as Ryan delivers a cryptic message that hints at social commentary. It’s a smart and infectious sound that brings to mind some of the pioneers of synth-based Alt-Pop. Think Howard Jones, but a little darker.

Check out Ryan Flynn’s clever “Automatic Love” video, in which he portrays a YouTuber who smashes technology on his livestream. Spoiler alert, it does not go well. You can also hear the song on the Deep Indie Dive playlist. We had the chance to chat with Ryan Flynn about his music, the past and the future. Check out his answers to our 8 questions. And follow the links at the end of this article to connect with Ryan. Get on his socials and get in the loop on all of the current and future projects from this multifaceted creator.

Where are you from?
We are from New York originally, but since 2021 have been residing and creating in beautiful, warm Phoenix!

How long have you been making music?
It seems like forever, but I believe it all began with a keyboard as a gift, figuring out how to play Van Halen’s “Jump,” and only later joining an obscure metal band in high school that really set my drive for music in motion. So, let’s call that almost ten years now!

Who are the musicians involved in your project?
ryan flynn is technically a solo endeavor, but I couldn’t do it without guitarist/mixing engineer, Andrew Cavaciuti. He’s been such an incredible and talented friend that has been through it all with this project. In fact, Andrew and I met in middle school back in Long Island, New York and we were both in that very same metal band mentioned before. It would also go without saying that our loving Orb overlord is a member of the project as well.

Who are your biggest musical influences?
My biggest musical influences for my art would have to be composer Danny Elfman, Lady Gaga, The Doors, Tame Impala, Andrew W.K., and Phantogram. I think that particular melting pot of artists definitely has inspired me not only with music, but with visual and aesthetic content as well. They’ve played such a role in sculpting my understanding of song structure, sounds, lyricism, emotion, design, promotional tools, branding… the list goes on and on. These are the big ones out there that really keep me inspired. However, every musician that is out there right now, doing their thing, pushing their potential with their art, are incredible influences to me every day.

What is your greatest non-musical influence?
My greatest non-musical influences would definitely be Salvador Dali, Tim Burton, and travel. I fell in love with the surrealism art movement of the 30’s at some point in high school and has inspired everything I create ever since. I had found this label for this style of art that I was completely into but never had a name for, finally it clicked. Salvador Dali was a particular favorite (maybe cliché) and I would just go through book after book of his work.

Tim Burton kind of fits with that whole vibe too as German surrealism was an inspiration for him with his films. I would say Tim Burton’s films are probably what sparked my love for film. All of the dark, quirky, surrealism from his work has had such an impact on my visual work to date. Traveling to new spaces, new cities, new scenery is such an abstract, subconscious inspiration, but it’s a strong one. I feel as no matter who you are or what you do for a living, traveling to new destinations changes you. There’s so many amazing emotions that come from being somewhere different that as an influence, it can’t be beat.

What inspired you to create this project?
“Automatic Love” stems from witnessing and feeling the world coming together over what is blatantly wrong. Anything that strikes our human minds as distressful for another human, creates this sense of automatic love and compassion. It’s not even a second thought. When our friends, families, and strangers are in pain and struggling because of twisted ideas and false information, the true human beings of the world come out with their hands and hearts open. It’s really a song about waking up and doing whatever you can to help someone somewhere.

What are your plans for the future (musically)?
My musical plans for the future are a mixture of things at this point. It’s a strange time so, as a musician you kind of have to be ready for whatever’s coming next. I’ve been preparing and rehearsing for potential live shows now that venues are beginning to creek their doors open, preparing new songs for future releases, writing new songs, and just studying the new and upcoming ways of the industry. The future is incredibly uncertain, so I’m trying to cover my ass and prepare for whatever opportunity comes my way first.

Is there anything else you would like to say?
I’d love to thank everyone who has been hanging out and grooving with me through space and time. You are all incredible people and your consistent support and love never goes unnoticed. It’s not always sunshine and glitter when you’re trying to get your music out there, but you make it worth every bit.