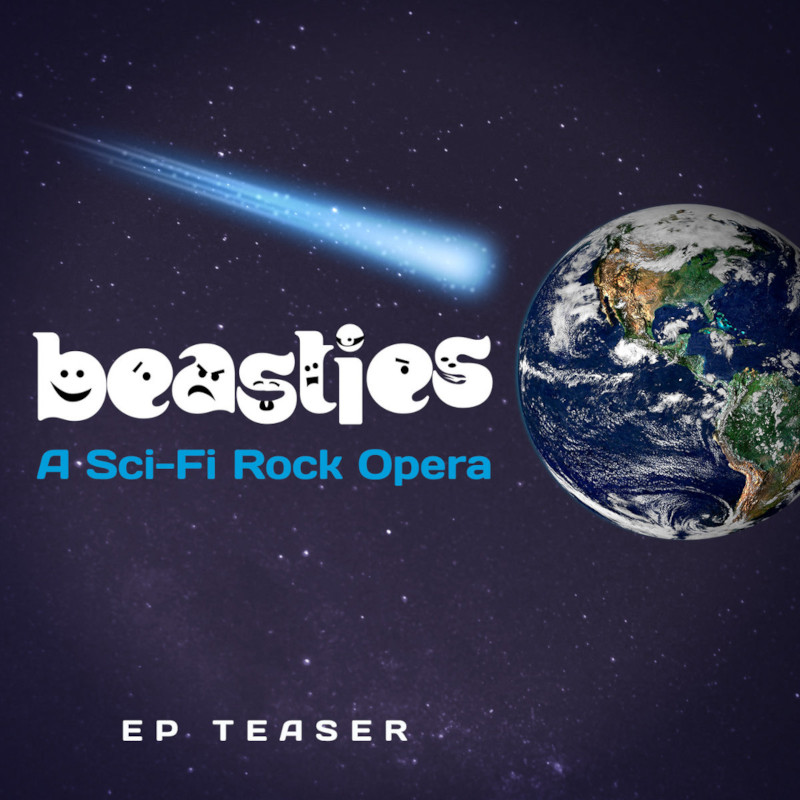 Gary Sohmers wears many hats; artist, producer, promoter, collector, author and entrepreneur. For the better part of five decades he has worked on stage, in front of the camera and behind the scenes on projects ranging from rock concerts to comic conventions. He is best known to the public as an appraiser of collectibles, pop culture items, and toys on the PBS television series Antiques Roadshow. However, throughout his career he has produced over 1,000 concerts, 300 collectors shows.

Inspired by his father’s love of music, Gary Sohmers picked up the guitar as a teen. Throughout his career, as he worked on the business side of the biz, he maintained a parallel life as a working musician. Performing with bands and as a solo artist since the 1970’s, he has rubbed shoulders with legends and even recorded with legendary producer Butch Vig (Nirvana’s “Nevermind”).

“Beasties: A Sci-Fi Rock Opera” is the ambitious new musical project from Gary Sohmers, with a teaser EP released worldwide via Bandcamp on July 18, 2022. Years in the making, the three song set tells a science fiction tale of climate change and rock & roll. A concert in New York City’s Central Park is the setting for a showdown between a self-destructive culture and the aliens who try to save the world with the assistance of a retired singer and stagehand named Grā (pronounced: Gray).

Inspired by classic rock operas like Rocky Horror Picture show and The Who’s Tommy, “Beasties: A Sci-Fi Rock Opera ” pairs classic rock power with a big theatrical production. From the surf rock intro and Memphis horns of “Even the Cool Succumb” to the orchestral pomp of “Stand Up and Be Counted,” Gary Sohmers and crew tell their wild tale with all the drama of Broadway and plenty of side-eyed rock & roll irreverence.

On the album Gary is joined by an all-star cast including Oscar-nominated and Grammy-winner singer Dave Bickler (“Eye of The Tiger”), Chris Farlowe (1966 hit “Out of Time”), soul singer Barrence Whitfield (of The Savages) and new-comer Liz Proteau as the female lead Terra. The re3cord was orchestrated, arranged and co-written by Bill Holloman (Chic, Nile Rodgers, others).

Download the 3-song “Beasties: A Sci-Fi Rock Opera” EP at Bandcamp. You can also hear the track “Even the Cool Succumb” below, or on the Deep Indie Dive playlist. Follow the links below to connect with Gary Sohmers. Dig into the world of the ‘King of Pop Culture.’